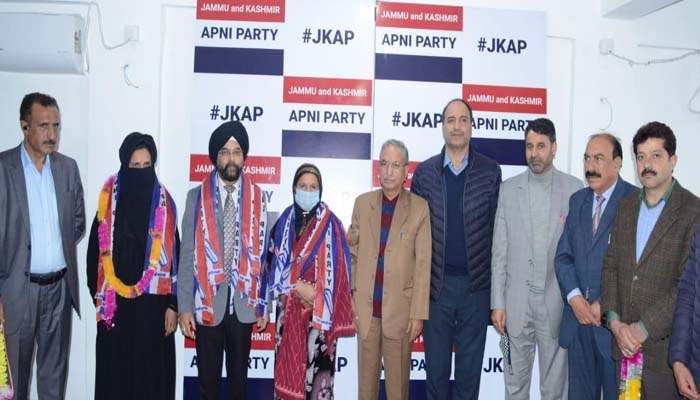 Party’s Senior Vice President Ghulam Hassan Mir, while welcoming the DDC Members into the Party-fold, said that Party’s doors are open for all those who want to work for the betterment of the people of Jammu and Kashmir.

“Apni Party is committed to resolve the problems faced by the people of Jammu and Kashmir. The Party does not believe in emotive sloganeering rather we focus on realistic issues that affect day-to-day lives of the common people,” Mir remarked.

He also said that Party is committed to its stand over the restoration of Statehood to J&K and shall never be part of its dilution.

“Our party will leave no stone unturned until statehood is reinstated. This is my commitment on behalf of my party that we will never compromise on this issue even though some may give a silent nod to it.” Mir said.

He further impressed upon the DDC members to work diligently for the welfare of people and redress their grievances on a prompt basis.