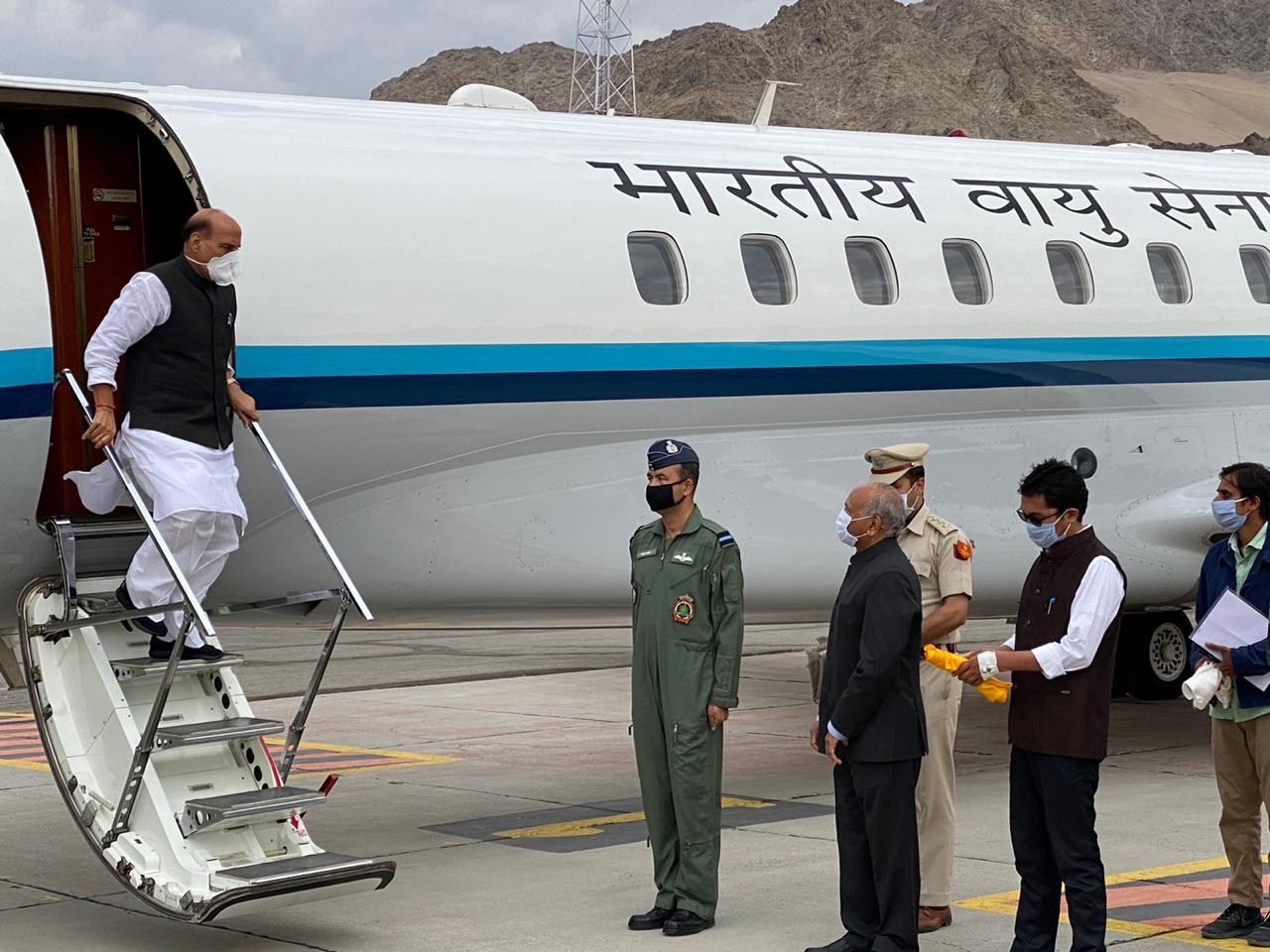 Jammu,  July 17:
Defence Minister Rajnath Singh , accompanied by army chief , has begun his Ladakh visit early Friday morning to take an assessment of the situation caused by Chinese troops in some parts of eastern Ladakh where a face-off situation between Chinese and Indian troops has been going on for the past over two month’s.
Rajnath Singh is the second most important political leader in the Government to visit Ladakh , after Prime Minister Narendra Modi’s visit early this month. In his capacity as Defence Minister , he will review the situation in Ladakh.
He will visit and interact with soldiers in the forward areas and also review the situation on the ground.