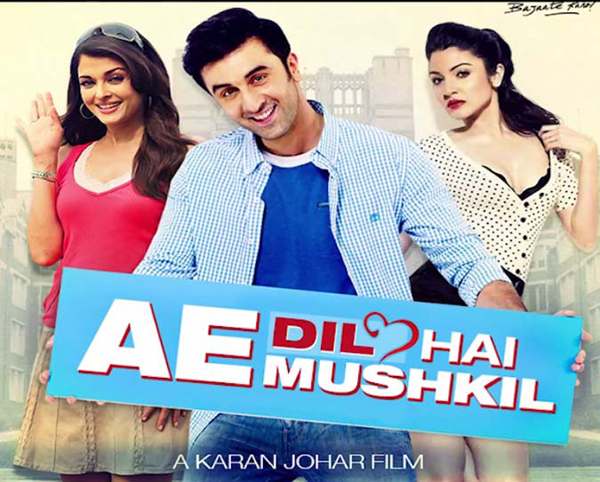 Immediately after meeting Union Home minister Rajnath Singh over the controversy surrounding Karan Johar’s Ae Dil hai Mushkil, President of Producers Guild Mukesh Bhatt told the media on Thursday that he feels safe after getting an assurance of a great Diwali release and that the film will be screened without any violence.

Bhatt and Apoorva Mehta from Dharma Productions arrived in the capital on Wednesday to meet the Union Home Minister Rajnath Singh to discuss the smooth release of Ae Dil Hai Mushkil.

BJP MP Babul Supriyo, who is also an Union Minster too addressed the media before the meeting and stated that ‘law and order situation’ surrounding the film’s release will be discussed in detail.

Supriyo termed MNS a party of ‘Goons’ and said “No one should be allowed to take law in there hands.”

“MNS is a goon’s party. They have been openly saying they will break multiplexes. They should not have the power to say they will take law in their own hands”, Supriyo told News18

Before meeting Rajnath Singh, Mukesh Bhatt spoke to the media and said, “MNS has threatened us. I am sure the govt will understand our situation. I have come here as a citizen. I have full faith in my government. I am sure they will support me.”

Seeking to calm tempers over opposition to the release of his directorial venture, Johar had made a fervent appeal against stalling the release, saying he will not engage with talent from Pakistan in future.

MNS continued their protests as the party rejected Johar’s statement that he will not “engage with talent” from Pakistan in future.

The Maharashtra government has, however, assured protection to cinemas where the film will be screened from Diwali weekend.