Ranbir Kapoor also a part of Shah Rukh Khan and Anushka Sharma’s next? 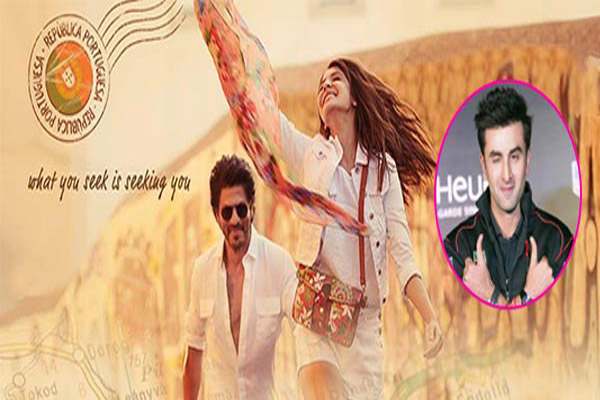 Talk about some exciting news! Ranbir Kapoor to have a special role in Shah Rukh Khan and Anushka Sharma’s next with Imtiaz Ali?

Talk about some exciting news! While just yesterday we got to see a stunning first look of Shah Rukh Khan and Anushka Sharma’s next with Imtiaz Ali, tentatively titled The Ring. Latest reports suggest Ranbir Kapoor too has a brief cameo in this film. Yes! As per the Midday report, Imtiaz was looking for someone to essay the role of Anushka’s fiance in the film which is going to be as brief as just one or two scenes, given that the film revolves around Anushka’s journey with Shah Rukh. But turns out Imtiaz couldn’t think of anybody else other than Ranbir for this role as he was completely blown over by Ranbir’s chemistry with Anushka in Ae Dil Hai Mushkil.

Speaking of which, a source close to Mid Day revealed, ” There was a small role which Imtiaz wanted a strong actor to play. Between him and Ranbir, it is never an ‘ask situation’. Imtiaz mentioned it to him and RK gave his nod. Ranbir can’t say no to him.Imtiaz was mighty impressed with Anushka and Ranbir’s chemistry in Ae Dil Hai Mushkil. He wanted a similar friendship and camaraderie to flow between Anushka’s character and her fiancé’s in the movie. Since Ranbir is busy shooting for Jagga Jasoos, he is yet to shoot for the part but he has given his nod to Imtiaz. He intends to squeeze in time for this after he wraps up Jagga Jasoos and before he starts shooting for the Sanjay Dutt-biopic with Rajkumar Hirani that will need him to look the part – long hair and more muscular.” How excited are you to see Ranbir and Anushka’s reunion with this one?

Not to mention, Shah Rukh’s cameo in Ranbir and Anushka’s latest outing Ae Dil Hai Mushkil too was one of the most talked about scenes from the film. So we wouldn’t be surprised if Ranbir’s cameo in this Imtiaz venture turns out to be a major turning point. Like you never know right? Especially when you know the film goes around Anushka -a  free spirited tourist, falling in love with her guide(SRK) while travelling with him across Europe, looking for her lost engagement ring. Interesting, right?