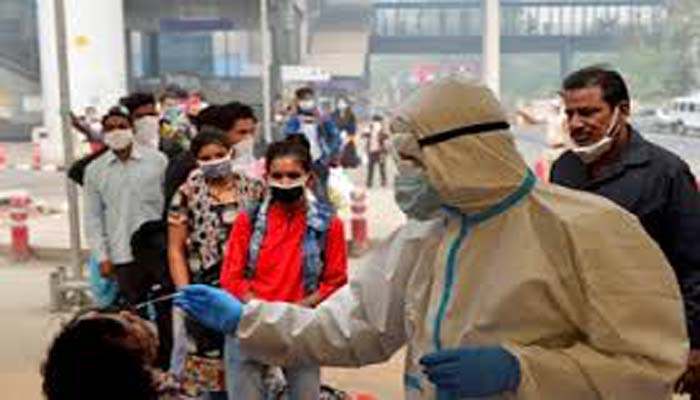 India COVID-19 Cases: Many states in the last few days have announced lockdowns and curfews to break the chain of transmission.

India saw more than 4,000 deaths linked to Covid in a day for the first time and over 4 lakh daily cases for the fourth time in a week. The government yesterday said a third Covid wave may not happen if strong measures are taken.

Here is your ten-point cheat sheet on this big story:

Many states in the last few days have announced lockdowns and curfews to break the chain of transmission. Tamil Nadu, Karnataka, and Manipur are the latest to be added to the list. A two-week lockdown has been announced in Karnataka from Monday till May 24. Tamil Nadu has also announced a two-week curfew. In Manipur, curfew will be enforced till May 17.

India had been recording less than 20,000 cases in a day till early March after a dip in daily infections in January. In April, however, nearly 66 lakh cases were reported with the healthcare system buckling under the second wave.

The country may be able to dodge a third wave if strong measures are taken, the government said on Friday. This was just days after the centre said the third wave is inevitable.

Hours after the Supreme Court told the centre that it has to provide 700 tonnes of medical oxygen to Delhi every day, Chief Minister Arvind Kejriwal said the capital’s crippling shortage of oxygen has been resolved. A deluge of distress messages from hospitals and patients’ families and friends had made headlines over the last two weeks.

Maharashtra Health Minister Rajesh Tope on Friday said children may be hit hard if a third wave happens. The state, which has recorded country’s highest overall caseload, has started preparing Covid centres for children. India doesn’t have a vaccine for children.

The centre on Friday lost its case in the Supreme Court against a High Court order asking it to increase its supply of medical oxygen to Karnataka for Covid patients. “We cannot leave the people of Karnataka in the lurch,” the Supreme Court said. Marathon hearings are being held in courts over shortage of resources amid India’s fight against second wave.

Vaccines must be given to states for free, Mamata Banerjee’s Bengal government told the Supreme Court on Friday. The pricing issue has been a contentious one. “States cannot made to negotiate and bargain individually on vaccine prices. States will be compelled to allocate funds for vaccines, which will have a crippling effect on an already stretched health infrastructure,” the state said.

India began the world’s largest vaccination program in January but the pace is said to have slowed down after many states red-flagged vaccine shortage. Yesterday, nearly 23 lakh doses were administered; 16.7 crore doses have been administered so far.