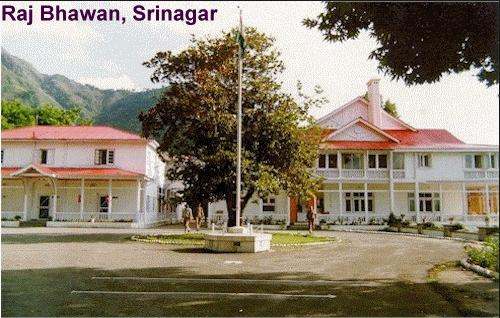 A red alert has  been   sounded around Raj Bhavan  and  step  by step   search has been  launched to trace   the suspected militants who might have alighted from a cab   which was abandoned after being  stopped at a naka enroute to the Governor’s house.

The cab was abandoned in the pre-dawn on Saturday when the security guards at naka asked the vehicle to stop. Taking advantage of the darkness, the driver and other occupants, according to sources,  might have  escaped and taken refuge in the nearby forests.

Step by step search has been launched in the jungles, but so far there ha been no trace of the suspects.

Raj Bhavan is Srinagar is closed because of “ Darbar move”  to the winter capital Jammu. The office of Governor also shifts with the bi-annual durbar move from Srinagar to Jammu and vice versa during winters and summers , as per royal practice.

Governor N N Vohra is in New Delhi at the moment.