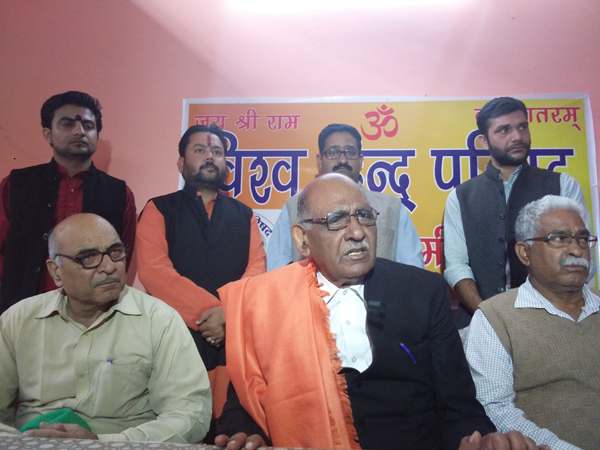 The President of Vishwa Hindi Parishad, Leela Karan Sharma, has sought removal of Prof RD Sharma Vice Chancellor of Jammu University for his comment on terrorist Burhan Wani which he made yesterday during a Press Conference.

The VC JU had said yesterday “Burhan Wani should not have been killed.  He should have been arrested  and even put behind bar for life. That way Kashmir could have been spared of all the death and destruction that it suffered in the past four months.”

The VHP leader said that they were going to submit a memorandum to the Governor NN Vohra for removal of Vice Chancellor for making such comment about Burhan Wani.

Leela Karan added, “VC has no business to talk about this (killing of terrorist Burhan Wani) issue.”