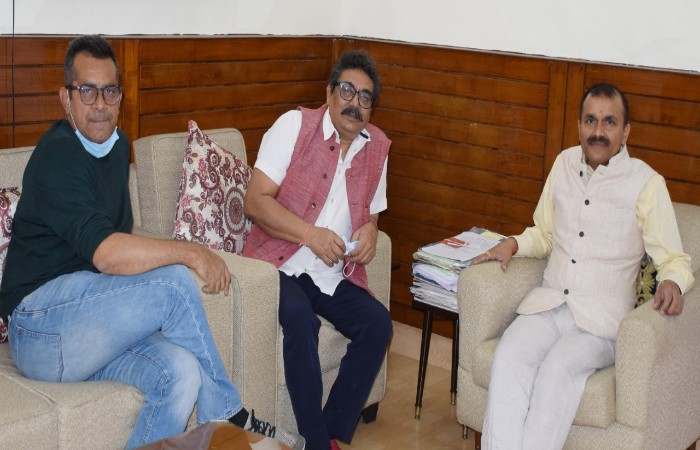 Around 100 local artists from J&K being roped-in

The film-maker, accompanied by actor Sh. Vineet Kumar discussed with the Principal Secretary about his upcoming web-series “Maharani” to be shot at different locations of Jammu for 5 days. He informed that around 100 local artists from the Theater and Cultural Department are being roped in for the web-series.

Assuring full support of the Administration to the film-maker, the Principal Secretary to LG, Nitishwar Kumar observed that the Government is making best possible efforts towards achieving the creation of a vibrant film ecosystem in the UT, besides developing suitable environment to make J&K a favourite destination for film-shooting.

“J&K has a vast pool of artistic talent. The shooting of the new web-series in Jammu will provide opportunities to the local artists to showcase their talent and capabilities on such a big platform”, said the Principal Secretary, Sh. Nitishwar Kumar.