Reopening of Srinagar-Leh highway postponed due to fresh snowfall 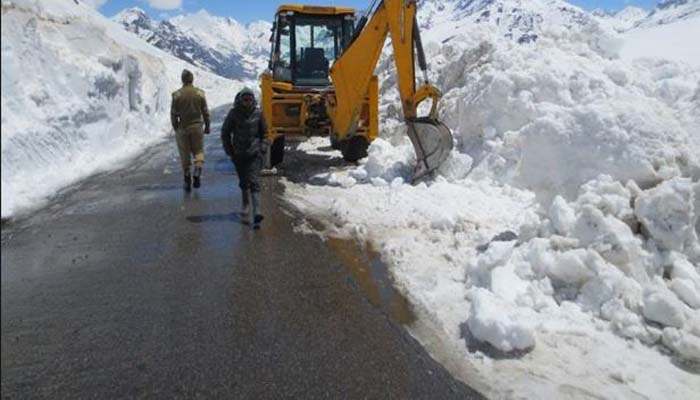 The reopening of 434-km-long Srinagar-Leh national highway, where vehicular traffic was to be allowed on Sunday after remaining suspended since January 1, was postponed due to fresh snowfall on Saturday.

“Traffic on Srinagar-Leh highway, which connects the Union Territory of Ladakh with Kashmir valley, remained suspended since January 1,” a traffic police official said.

He said the reopening of the highway was postponed following accumulation of about a foot to 2 feet of snow since Friday night. “Border Roads Organisation (BRO), which is responsible for the maintenance of the highway, has pressed into service sophisticated machines to put through the traffic on the road,” he said.

The J&K administration had earlier this week said that the highway will be reopening for one-way traffic on Sunday. The national highway was closed on January 1, 2021 due to the accumulation of several feet of snow.