Rohingya refugees issue must be seen through humanitarian angle: CPI(M) 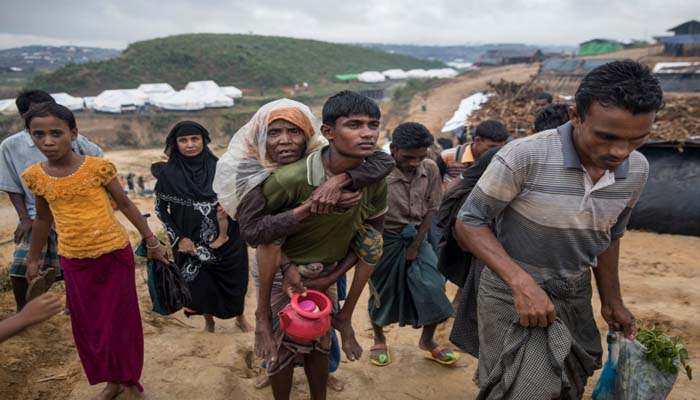 Days after Jammu and Kashmir administration detained 168 Rohingyas, CPI(M) on Tuesday said the Rohingya refugees’ issue needs to be seen through a humanitarian rather than political angle.

Regional Secretary CPI(M) Jammu, Sham Prasad Kesar said so far nothing adverse has been found against the Rohingya refugees in the union territory and keeping that in consideration, the administration must deal with the issue on a humanitarian basis.

The Jammu and Kashmir administration had on Saturday detained and shifted 168 Rohingyas to a sub-jail in Kathua district after they were found living in Jammu city without valid documents.

The Rohingyas are a Bengali-dialect speaking Muslim minority in Myanmar. Following persecution in their country, many of them entered India illegally through Bangladesh and took shelter in Jammu and other parts of the country.

Many political parties and social organizations in Jammu have urged the Centre to take immediate steps for the deportation of Rohingyas and Bangladeshi nationals, alleging that their presence is a “conspiracy to alter the demographic character” in the region and a “threat to peace”.

More than 13,700 foreigners, including Rohingya Muslims and Bangladeshi nationals, are settled in Jammu and Samba districts of Jammu and Kashmir, where their population has increased by over 6,000 between 2008 and 2016, according to government data.

“The decision of Jammu and Kashmir authorities to send at least 168 Rohingya refugees to a holding center needs a review as the issue needs to be seen through humanitarian angle rather than political,” the CPI(M) leader said in a statement here.

Kesar said following persecution in their country, thousands of Rohingyas entered India through Bangladesh and some of them took shelter in Jammu also.

“They were forced to leave their country and take temporary shelter in India and other countries to save their lives. Once the situation improves in their homeland, they must be asked to go back,” he said.

However, he said as of now the situation has not improved in their homeland and forcing them to go back at this juncture would be “injustice” to them.