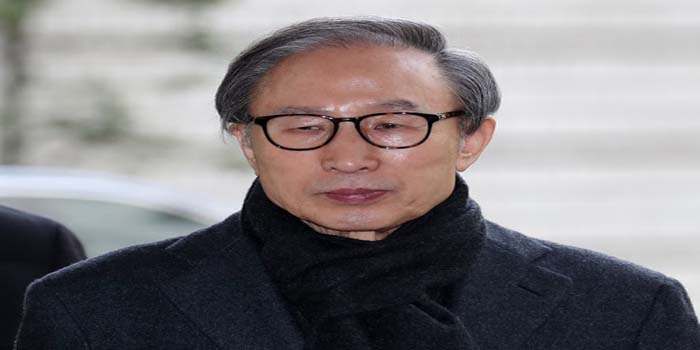 Besides the jail term in February, the Seoul High Court fined the 78-year-old 13 billion won and a forfeit of 5.7 billion won in a high-profile corruption case, reports Yonhap News Agency.

The former leader, who governed the country from 2008-2013, was charged in April 2018 with 16 counts of criminal allegations, including embezzlement in connection with the auto parts company DAS and receiving bribes.

During the February sentencing, the court had ruled that Lee embezzled 25.2 billion won from DAS, which it also concluded that Lee effectively owned, and convicted him of accepting bribes totaling 9.4 billion won, around 800 million won more than previously ruled.

It also found that he used his presidential power to benefit DAS and himself.

Meanwhile, Lee will be imprisoned again, as the Supreme Court said that the lower court’s February injunction to allow him out of jail became invalid.