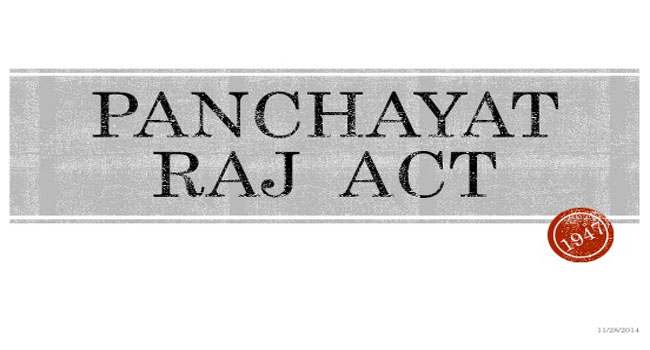 In a significant decision aimed to strengthen the grass root democracy and participative planning in J&K, the State Administrative Council (SAC) which met here today under the chairmanship of Governor, Shri Satya Pal Malik approved the required amendments in the Panchayati Raj Act, 1989.

The amendments with far reaching consequences will assure placement of funds, functions and functionaries at the disposal of PRIs. A similar attempt had been made in the year 2011 through a government order but by making the devolution a part of the Act, the government today has not only given adequate teeth to the Panchayats but also made it binding for the government departments to follow it.

To make the PRIs the true harbingers of socio-economic development, the amendments will ensure well defined taxation powers to the Panchayats for generation of adequate resources by themselves. The amendments defines the role of ward majlis/sabha and halqa majlis (Gram Sabha) in detail, placing the power to plan, implement, monitor and supervise various government schemes/ programmes in the hands of people themselves. The implementation of important schemes like MGNREGA, Pradhan Mantri Aawas Yojana, Mid Day Meal and ICDS has been devolved to the Panchayats.

The monitoring and supervision of schools and health institutions has also been passed on to the PRIs to make them accountable to the society. The Panchayats shall also be conducting concurrent/ quarterly social audit of works/ programmes in their area. However, along with all the authority, responsibility to ensure socio- economic and human development of the area including literacy, sex ratio, water conservation, natural resource management, agriculture/ horticulture development, health etc has also been placed on the shoulders of the panchayat. They have also been made the agents of change through sensitization and awareness generation.