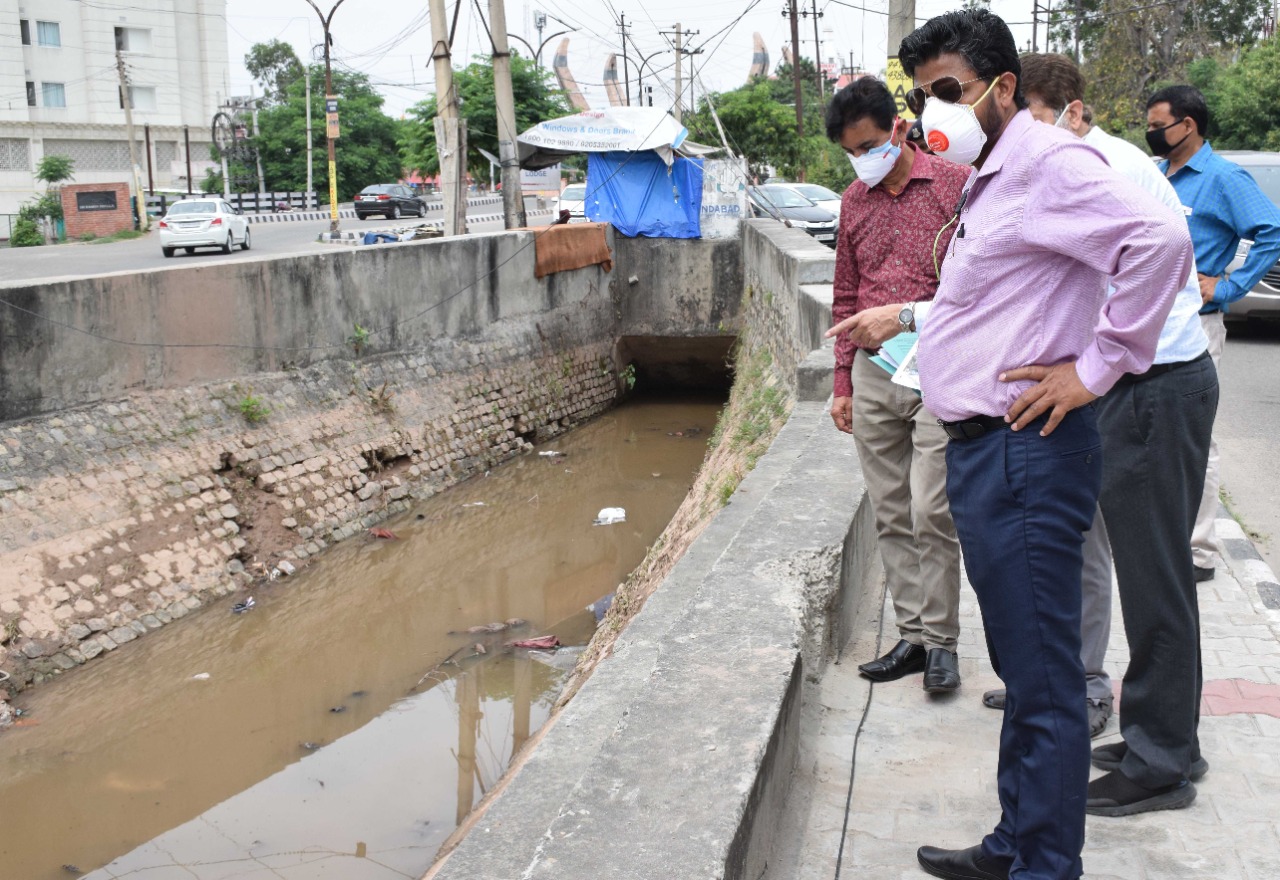 Commissioner Secretary, PHE, Irrigation & Flood Control, Ajeet Kumar Sahu today inspected various sections of Ranbeer, Tawi and D1 canals to review the de-silting and cleanliness works and arrangements made for the release of water in them.
The Commissioner Secretary inspected various spots on the canals, where the ongoing works of de-silting and cleanliness are in full swing. He visited Tawi canal (Kalka colony) Bahu Fort, Railway line Trikuta Nagar, Kunjawani, Digiana, Nai Basti and Jammu Cantt.
Sahu stressed upon the officers and executing agencies to complete all pending works before the release of water in the canals so that farmers do not face any difficulty in irrigating their fields during the upcoming crop season.
During inspection he also interacted with farmers and local representative and sought their feedback regarding the cleanliness and de-silting works done in the canals. The locals expressed their satisfaction over the work done by the department. Sahu urged the local residents to maintain cleanliness around the canals and not to dump garbage along the banks of canals.
On the occasion, he directed the senior officers of concerned department to take necessary steps to prevent any encroachment along the banks of the canals. He also directed them to gear up their men and machinery for early completion of any pending de-silting works so that water is released.
Earlier, the Commissioner Secretary also visited the Tawi Irrigation complex near Bahu fort to inspect the present status and working of Lift Irrigation Pump. He advised the employees to follow the proper guideline issued by the government to combat COVID-19.
Chief Engineer Ashok Sharma; RTIC SE, Himant Manchanda; Xen Sunil Koul and others concerned officers were also present during the visit.