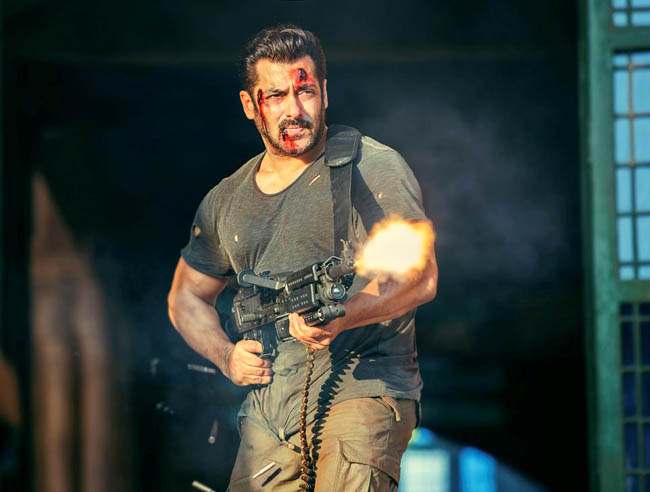 Salman Khan, truly, is a saviour. In his latest outing Tiger Zinda Hai, he destroys ISIS (or whatever the director has named the organisation in the film) and makes friends out of India and Pakistan. Off screen, the film has come as the good news trade sorely needed. As you read this, the film also starring Katrina Kaif has easily breached the Rs 150 crore mark and is on its way to smash more records. Critics may tell you what the film lacks but the audience is heading to the film theatres, with tubs of popcorns in their hands.

In a year where middle-of-the-road cinema won and star vehicles crashed and burned (other than Baahubali 2’s massive success), Tiger Zinda Hai ensures the industry will close 2017 on an upbeat note. The highly awaited Jab Harry Met Sejal and Tubelight were supposed to bring in the big numbers but failed to work at BO.

While the year 2017 has been awarding for content-driven films, it has been rather disappointing for the producers: The biggest grosser of the year (Rohit Shetty’s Golmaal Again), barely made Rs 205 crore at the box office! Compare that to the previous year when we saw Aamir Khan’s Dangal breaking all records, collecting nearly Rs 500 crore worldwide before it even released in China where it made records.

While Ajay Devgn’s Golmaal Again is currently the top grosser of the year with Rs 205 crore in its kitty, Varun Dhawan-starrer remake of Salman Khan’s 1997 hit, Judwaa, stands at the second position with Rs 138 crore box office collection.

In an encouraging sign for artists in the industry, small budget and content-driven cinema saw better reception at the ticket windows. But films with small budget (between Rs 10 to 30 crore) making profit also means they are declared hits at a lower figure than what would be required for say, a film made at Rs 100/150 crore budget.

For example, Irrfan Khan-starrer Hindi Medium was made at a budget of Rs 23 crore and was declared a hit with Rs 63 crore in its kitty.

Rajkummar Rao’s Bareilly Ki Barfi earned Rs 34 crore and was declared semi-hit as it was made at an estimated budget of Rs 20 crore.

Tiger Zinda Hai comes as a blessing for trade

Ali Abbas Zafar’s sequel to the 2012 hit, Ek Tha Tiger, Tiger Zinda Hai came as the good news trade sorely needed. The film has crossed the Rs 150-crore-mark within four days of the release. After a smashing opening collection of Rs 34.10 crore, the film roared past the Rs 100 crore-mark over the first weekend and made Rs 114.93 crore in three days.

Thanks to an extended weekend and Bhai’s fan following, the film will roar towards greater landmarks at the box office and it has another week to go before the year ends. Moreover, there are no major Hindi releases before January 26, which will see a grand clash between Akshay Kumar’s ambitious project Padman and his close friend Neeraj Pandey’s Aiyaary.

Saif Ali Khan’s Kaalakaandi and Anurag Kashyap’s Mukkabaaz will release a week before the Republic Day but that still gives another window of 15 days for Salman’s latest outing to score.