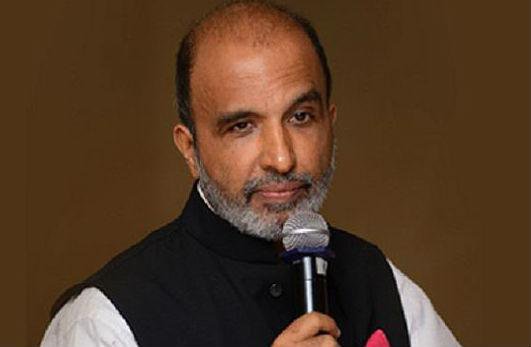 Sanjay Jha was last month removed as party spokesperson after a critical takedown of his party in an article.

Sanjay Jha has been suspended from the Congress, with immediate effect, for “anti-party activities and breach of discipline”.

The notice, issued by Maharashtra Congress and signed by Balasaheb Thorat, chief of the party’s state unit, was issued minutes after he appeared on NDTV’s “Left, Right and Centre”.

“Nothing surprises me. What are the anti-party activities I indulged in? The least the Congress could have done was to approach me,” Mr Jha said in his immediate reaction to the suspension.

“We are showing an extremely intolerant culture,” he said, noting he was neither consulted nor spoken to before the suspension.

Mr Jha, a veteran leader of the Congress, was last month removed as party spokesperson after a critical takedown of his party in an article.

Shortly after the article was published, he doubled down on his criticism, tweeting that the Congress had “drifted far” from its democratic, tolerant and liberal values.

“Pandit Nehru once wrote a self-critical piece anonymously in a newspaper warning against becoming autocratic. That is the true Congress; democratic, liberal, tolerant, inclusive. We have drifted far from those values. Why?” Mr Jha tweeted on June 18.

He stressed, however, that he remained a “committed, fearless ideological soldier” of the party.

The Congress’s action comes amid chaos in Rajasthan, where the Ashok Gehlot government is teetering on the edge of collapse after Sachin Pilot’s open revolt.