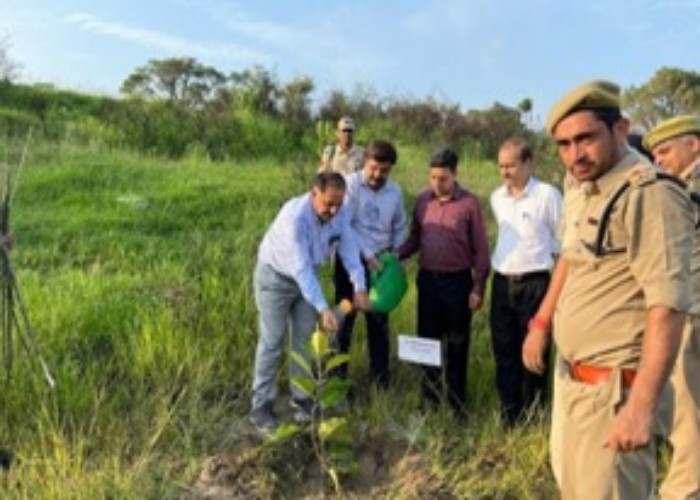 While interacting with Chairperson, Village Panchayat Plantation Committee, Chowki Choura and PRI members, Commissioner Secretary asked them to identify available common, community, Shamlat areas and their private land for raising plantation of short rotation hybrid species of Poplar and Eucalyptus which would yield good economic returns as many Plywood Industries are coming up in Jammu in coming days.

He issued directions to the Department of Social Forestry to raise and distribute good quality hybrid clones of Poplar and Eucalyptus among the interested farmers of the area.
He asked the Soil and Water Conservation Department to prepare estimates for construction of Ponds in nearby Forest and Village common land. He also asked for construction of more Check dams in the suitable locations as projected by various Sarpanchs of the area.

While inspecting the afforestation work of Jammu Forest Division in village Shaura, Commissioner Secretary asked the concerned to cover more and more degraded area by planting local species as per prescription of working plan.
Later, he planted saplings of Peepal and Bargad in CAMPA closure in Compartment number11/K at Shaura.

At Compartment number 38/K, Commissioner Secretary inspected felling of trees on forest land being diverted to Border Roads Organization for construction of Road from Akhnoor to Poonch.