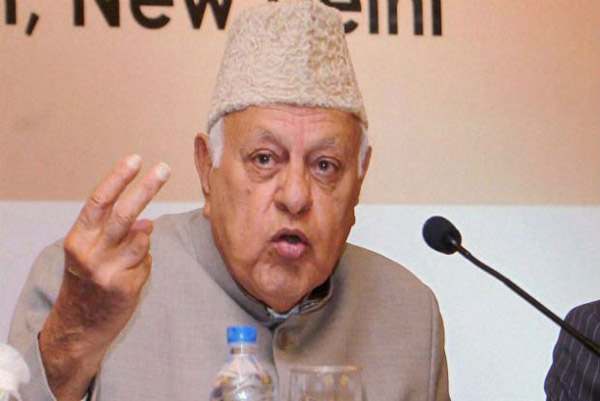 Former Jammu and Kashmir Chief Minister Dr Farooq Abdullah on Sunday demanded a probe by a retired judge of the Supreme Court into the exodus of Kashmiri Pandits from the Valley in early 1990s.

At a webinar, the National Conference President blamed the then Governor, Jagmohan for engineering the exodus of the local Pandit community by promising to bring them back within three months after restoring peace in Kashmir.

Kashmir was in the throes of a bloody insurgent violence in early 1990s.

Some prominent members of the Pandit community, including state BJP chief Tika Lal Taploo, retired judge Neelkant Ganjoo – who had sentenced JKLF founder Maqbool Bhat to death, poet and activist Sarvanand Koul ‘Premi’ and many others were killed by militants at the beginning of separatist violence.

Abdullah claimed that the probe into the exodus of Kashmiri Pandits by an honest, retired Supreme Court judge would clear many misconceptions about the exodus.

Citing many examples of local Muslims standing alongside their Pandit brothers to dispel the impression that the community had conspired to throw the Pandits out of the Valley, he said: “Kashmir is never going to be complete unless the Kashmiri Pandits come back and live in peace with us.

“My father (Sheikh Abdullah) never believed in the Two Nation theory. He never believed that Muslims, Hindus, Sikhs, Christians and Buddhists are different from each other. We believe that all of us are children of Adam and Eve,” he said.

Abdullah, however, said he could not support the idea of a separate homeland for Kashmiri Pandits without going into the details of the proposal floated by Kashmiri Pandit organisation ‘Panun Kashmir’.