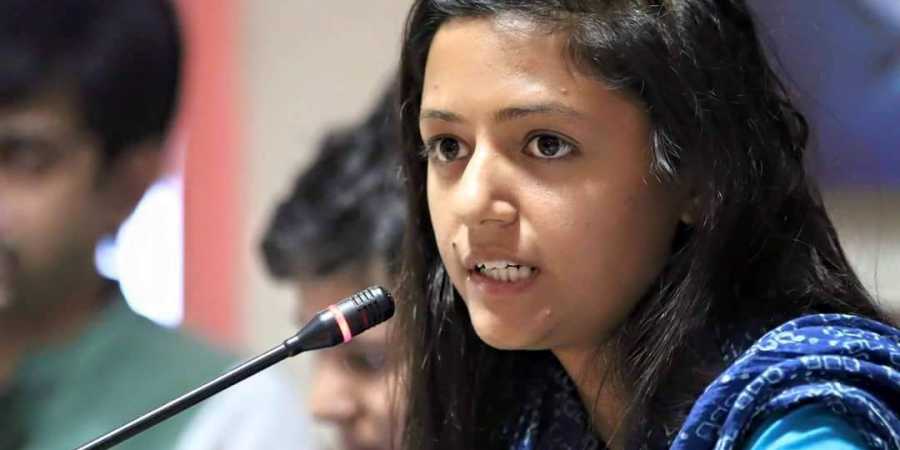 A court Friday directed Delhi Police to give 10-day pre-arrest notice to Jammu and Kashmir People’s Movement leader Shehla Rashid, booked for sedition over her controversial tweets on Kashmir, in case the need arises to arrest her.

The court passed the order while disposing of her anticipatory bail application, after the investigating officer (IO) submitted that the probe was at a primary stage.

“Keeping in view the nature of allegations and also considering the submissions of the IO that investigation is at a primary stage, anticipatory bail application is disposed of with directions to the IO that if the need arises for the arrest of the accused, she be issued a 10 days pre-arrest notice,” Additional Sessions Judge Satish Kumar Arora said.

The court had on September 10 directed her to join the investigation conducted by Delhi Police as and when called by the IO.

Her counsel said she was ready to join the probe and would cooperate with the police.

Rashid had posted controversial tweets on Kashmir on August 17.

On the basis of her comments, advocate Alakh Alok Srivastava had filed a complaint to the Special Cell, saying the allegations levelled by the former JNU student leader were “absolutely false and concocted”.

In his complaint, Srivastava had said Rashid’s allegations were baseless.

He had also accused Rashid of “deliberately spreading fake news with the intention to incite violence in the country” and maligning the image of the Indian Army.

Following the complaint, police had registered an FIR under sections 124A (sedition), 153A (promoting enmity between different groups on grounds of religion, race, place of birth, residence, language), 153 (wantonly giving provocation with intent to cause riot), 504 (intentional insult with intent to provoke breach of the peace) and 505 (statements conducing to public mischief) of Indian Penal Code.