Seerat Baji another Kashmiri role model for the youth 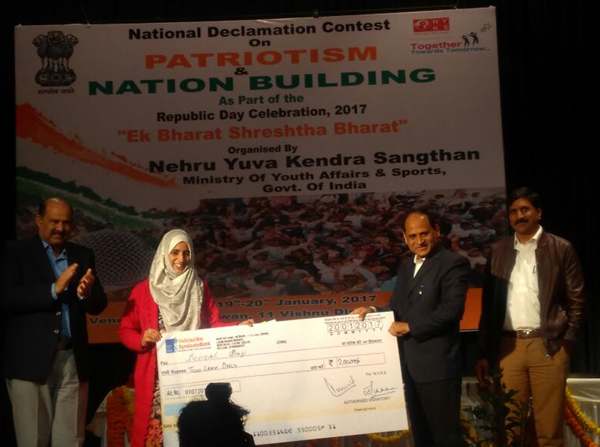 In exclusive interview with JK News Today Seerat who brought laurels to Jammu and Kashmir state after Tajamul and Zaira, said, “My father and mother are my role model as both are academicians.” She added that her teachers guided and helped her all along.

Seerat Baji, a student of English Honours 4th semester told that she has been participating in debates and symposiums getting high positions there too.

Seerat wants to crack Civil Services which is her ultimate goal. Her both the parents, Mushtaq Hussain (father) and Kulzam Begum (mother) are from Kupwara in Kashmir while Seerat was born in Jammu and living here since.

This contest was of three phases and she cleared all the phases in which first she topped in district level and got 5000 cash prize with certificates and trophies, secondly she won state level contest and won 25000 cash prize then she selected for the national level and there she got the first award in the contest.