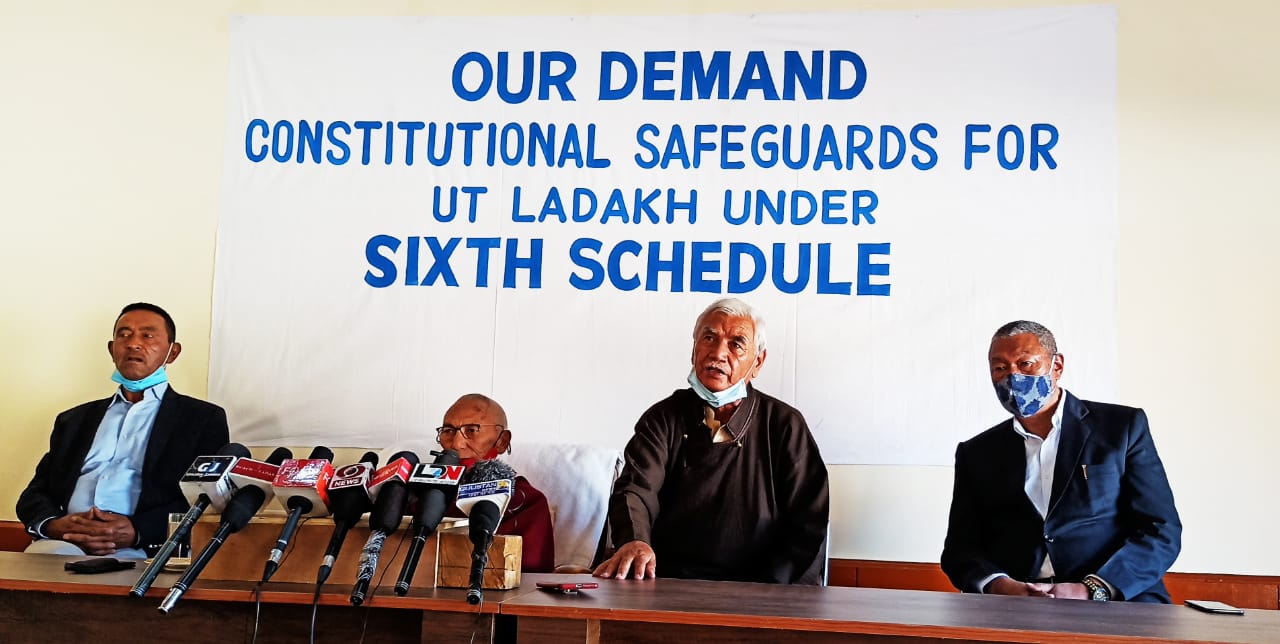 Senior  Buddhist leaders of Ladakh in one voice have demanded a separate Assembly  for the region  and also that  the whole cold desert region be brought under the  sixth schedule of the Indian Constitution , reserving all jobs  for the youth belonging to the region and  more powers to the hill councils of Leh and Kargil

The memorandum read that the sixth schedule should be given to Ladakh as 95 per cent of its area is tribal.

It said that the region should also get  legislative Assembly and till such time this arrangement is worked , its hill development council should be given powers to legislate .

This is a popular sentiment across Ladakh