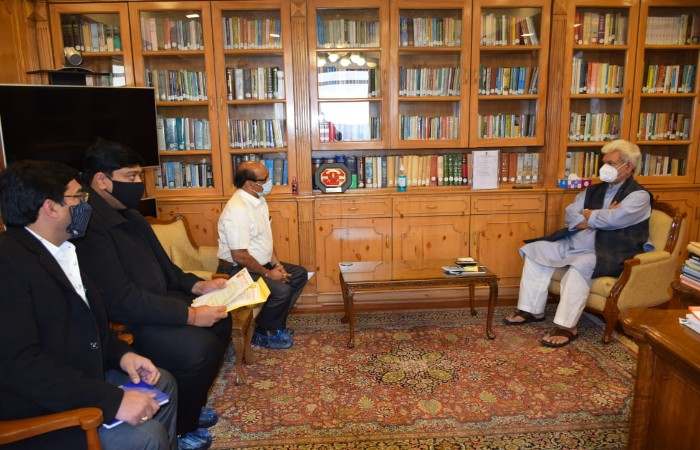 A delegation of Intizamia Committee Ziyarat Sharief, Aishmuqam, Anantnag called on the Lt Governor and submitted a charter of demands before him pertaining to the maintenance, beautification, and preservation of the rich heritage of Sufi township of Aishmuqam.

He observed that UT Government is committed to taking all requisite measures and initiatives to meet the developmental aspirations of the people of J&K.