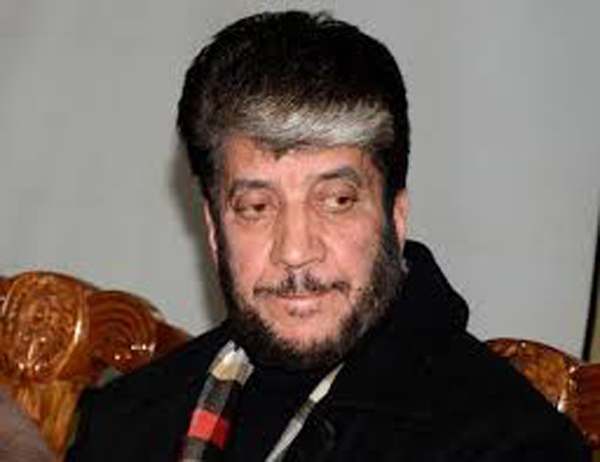 The incarcerated  chairman of  Democratic Freedom Party (DFP) Shabir Ahmad Shah on Friday announced to donate his eyes after his death saying he is taking such step for those whose eyesight was snatched by the PDP’s “vision”.

More than 300 youth have been blinded or  lost  vision partly due to the  pellet injuries during the unrest in Kashmir  for the past four and a half months.

In a statement issued, Shah, who is languishing in Raj Bagh police station since last four months, said, “It is my deep desire that my eyes be donated to any of those who lost their eyes during the ongoing Intifada. Let my eyes help anyone see the world again. As one eye donation can make two blind people see, let’s make the eye donation a tradition.”

He added, “Death in inevitable. Why not leave the world while donating our eyes so that those who lost their eyesight during the ongoing Intifada may regain the vision. As such, even after we’re gone, our eyes will keep seeing.”

This is for the first time that any separatist leader has made such a statement ever since the trouble erupted four and half months ago.