Shah Faesal , road ahead is tough 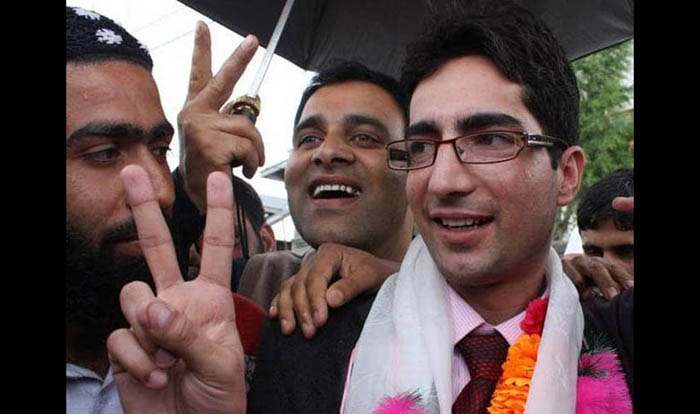 The dramatic entry  of the IAS topper of 2009  from Jammu  and Kashmir Shah  Faesal into politics and consequent launch of a new party christened as  J&K People’s Movement has not shaken the earth politically in the state , the way he might have anticipated or expected to .But nevertheless there is an introduction of new phase in the Kashmir politics where the familiar faces of the political parties have dominated the show over the past few decades . Their hold onto their parties, particularly National Conference of the Abdullahs and People’s Democratic Party of Muftis, mow essentially that of Mehbooba Mufti, is very firm .

Shah Faesal who is relying on his high profile of being the IAS topper  to stir an appeal for himself as a  new leader with new ideas that can bring about the change in the atmosphere of blood-letting that has smeared the landscape of the  Valley for the past three decades is a well thought-out strategy. The idea of ushering in the “ winds of change “itself ahs an appeal for the people.. The change is a catchphrase that opens up many dreams and also infuses a sense of confidence among the people that the new leader is willing to take up the challenges in an atmosphere that has so many connotations not only  for the state but also for the outside world . Kashmir offers more challenges than opportunities for the political terrain is  unchartered and many veterans have slipped on it.

His politics of bringing revolution  is enthusing , but sustaining the same would be very difficult unless he is able to put together the political infrastructure in place and have the cadre . There is something extraordinary about the social media, it gives you the illusion of being what you want to be . But the ground realities are different and hard when these clash with the cyber world , many dreams turn into nightmare. Shah Faesal , a man with new ideas , but unfortunately, unable to see and chart a direction for himself and others  whom he believes would follow him  in his new party , would have to guard against turning his dreams into nightmare.