Shah moves Citizenship Bill in RS, says Indian Muslims ‘were, are and will remain’ Indians 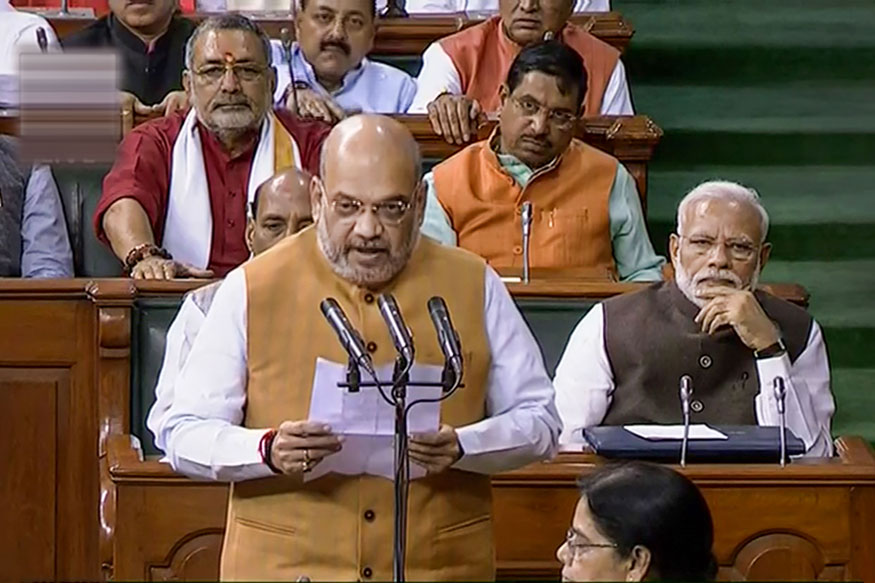 Home Minister Amit Shah on Wednesday moved the controversial Citizenship (Amendment) Bill in the Rajya Sabha, saying Indian Muslims “were, are and will remain Indian citizens”

Moving the bill that provides Indian citizenship to non-Muslim migrants from Pakistan, Bangladesh and Afghanistan, Shah said minorities in the three nations do not get equal rights

The population of minorities in these countries has reduced by as much as 20 per cent, either by way of elimination or because they migrated to India, he said, adding that these migrants did not get rights to jobs and education.

The bill provides citizenship to these persecuted minorities, Shah said

The legislation, which allows citizenship for Hindus, Sikhs, Buddhists, Jains, Parsis, and Christians who illegally migrated to India from Afghanistan, Bangladesh, and Pakistan, was passed by Lok Sabha on Monday

Shah rejected the charge of vote bank politics, saying the BJP had declared its intention to bring such a legislation in its election manifesto for the 2019 general election and won the people’s approval

He said Indian Muslims have nothing to worry about as they “were, are and will remain Indian citizens”

Non-Muslim minorities from three nations who came to India after Independence will be given Indian citizenship, the home minister said, adding that Muslim migrants from the world over cannot be given citizenship.

The BJP government will protect the interests of Assamese, Shah said.

The bill, which prevents Muslim migrants from neighbouring countries from receiving citizenship, has sparked protests and fear around the country

The citizenship law goes hand in hand with a contentious programme that began in Assam this year — all 3.3 crore residents of the state had to prove, with documentary evidence, that they or their ancestors were Indian citizens. About 20 lakh people were left off the state’s citizenship rolls after that exercise

This is the second attempt by the Modi government to amend the citizenship law. In January, the legislation was passed in the lower house but lapsed as the Rajya Sabha didn’t take it up before dissolution of the 15th Lok Sabha

A group of 900 scientists and scholars issued a joint statement against it saying use of religion as a legal criterion for determining Indian citizenship is disturbing.