Shelf life of militants is now one to 90 days: J&K police chief 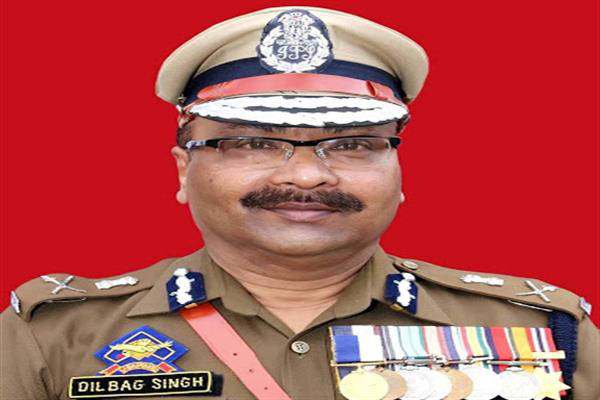 The shelf life of new recruits joining militancy is one day to 90 days in the present security scenario in Jammu and Kashmir, said Dilbag Singh, Director General of Police (DGP).

Singh, in a conversation with IANS on the completion of one year of the abrogation of Article 370 in Jammu and Kashmir on August 5 last year, said the new recruits earlier indulged in militancy for several years after joining terrorist groups.

A total of 80 boys have joined terrorist groups this year so far as per the DGP and 38 of them have been killed between day one to three months of their joining.

Singh said that 22 of them were caught because they were involved in some cases and 20 are active and are on the security forces’ radar.

According to Singh, police stopped the operation in almost half a dozen encounters when they learnt that there were children inside the premises where the militants were holed up.

“We even brought their family members from 20 kms away in some cases so that they could surrender on their appeal. Police assured them of not taking any action against them but they did not surrender because they were threatened by their associates who were hardcore terrorists.

“We came to the conclusion from these cases that the boys might have thought that their associates would not only kill them but their family members also. It might be one of the factors probably,” said Singh, who took full-time charge as Chief of the J&K Police in 2018.

“There is confirmation of only 26 infiltration bids so far this year. It was almost double last year during the corresponding seven month period from January to July while the number of ceasefire violations increased to 487 this year,” the 1987-batch officer said.

The ceasefire violations, incidents of mortar shelling and covering fire on the border have increased to 487 from 267 such incidents in 2019, he said, adding that Pakistani ceasefire violations have gone up by 75 per cent compared to the previous year. Despite this, infiltration has come down this year.

“They could not succeed in their infiltration bids despite such provocation and attempts because we have improved our border grids compared to previous years and over half a dozen encounters have taken place on the border. Whenever they try to come out, they are killed. They adopt such methods to infiltrate terrorists in J&K,” Singh said.

“Pakistan always infiltrates terrorists when local youths do not join terrorist groups. The purpose is to maintain a critical number of militants on the ground. But this time, we have hit their critical number,” he said.

Singh said that Pakistan attempts to recruit the maximum number of terrorists but their poster boys have vanished from the scene and there is no provocation from our side.

The officer said the police now do “clean operations” and the civilian as well as security forces casualties are zero in anti-militant and law and order operations.

As per Singh, COVID-19 has helped in improving relations between the police and the public and “communication is now much better”.

“We are also trying to advise those who joined terrorist groups through their families and we keep their names a secret as militants may kill them.”