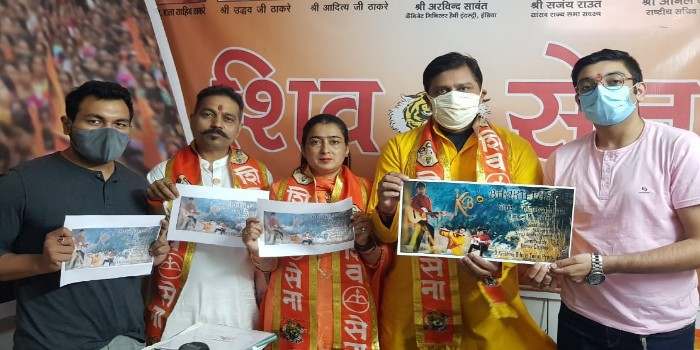 Sahni congratulated the entire team of Bhakti Fusion especially the emerging singer of Jammu Himanshu Gupta and director Kanav Chopra for their hard work and reverence for Chandi Maa. He hoped that this will make waves in music industry besides is liked by people across the country.
Sahni said that Jammu youth have a lot of unidentified talent which needs to be nurtured and given a platform for exposure. He said that the talented youth have excelled well in their field of interest and instead of being job seekers they have become job providers.

Sahni lauded the efforts of Himanshu Gupta and Kanav Chopra for recognizing the divinity of the holy Goddess in such a melodious composition. He said the J&K has no dearth of talent but the only need is to identify and polish it by expert hands.
Sahni appealed to the people of Jammu and Kashmir and the country to listen and share the devotional fusion to encourage these emerging singers.