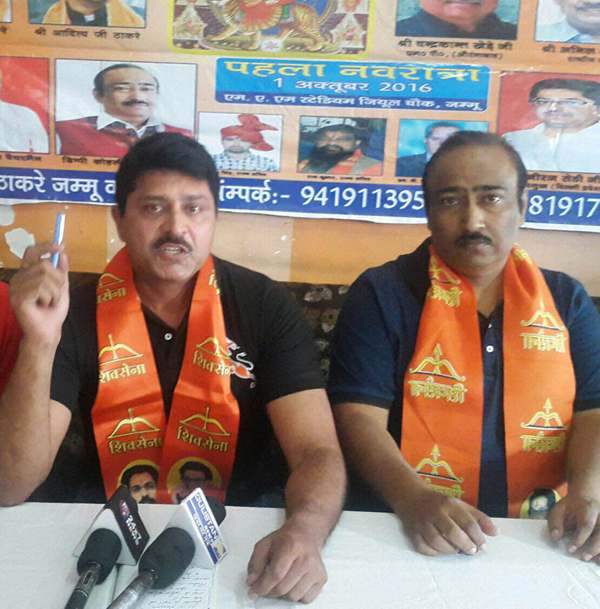 JK News Today
Jammu, Oct. 25
Shiv Sena ( Bala Sahib Thackery) today decided not to celebrate Diwali this year to pay homage to the martyred soldiers and express solidarity with border migrants
While addressing the press conference here at Jammu State President of Shiv Sena (Bala Sahib Thackery) Dimpy Kohli  said, ” our soldiers are dying on borders on daily basis  and thousands of villagers near LOC borders are suffering because of firing by Army of Pakistan”.
He said, “countrymen are suffering because of wrong policies of NDA Govt. in the centre”. He said that NDA Government in the centre and BJP-PDP Government in the state were “not performing their duties in the right way  due to which country men are suffering a lot.”
Those who were present on the occasion were Rakesh Gupta ( Chairman) , Manish Sawhney ( Ge. Sec.) Raj singh ,Ranjeet singh Bali, Raja,Narender chunni,Radhy Radhy,Ramesh Gupta,Raju Salaria and others.
Attachments area