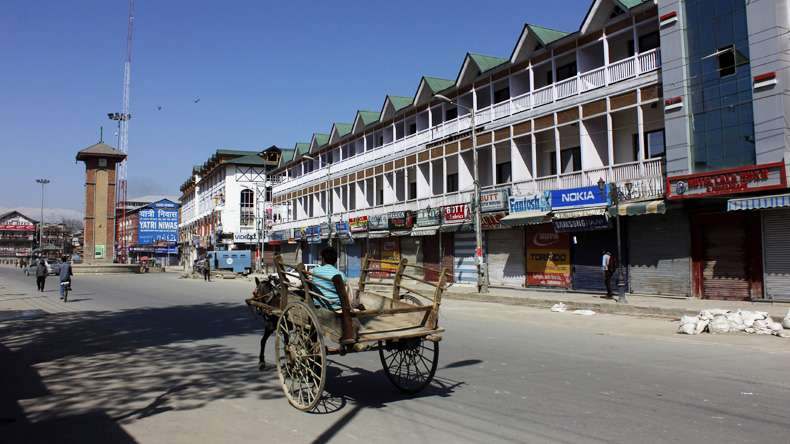 The protest was called by separatists Syed Ali Geelani, Mirwaiz Umer Farooq and Malik against arrest of Jamaat-e-Islami cadres.

Life across the Kashmir Valley was affected on Friday due to a separatist-called protest. The shutdown was against the detention of Jammu and Kashmir Liberation Front (JKLF) chairman Muhammad Yasin Malik and also the arrest of Jamaat-e-Islami (JI) cadres.

The shutdown was called by the Joint Resistance Leadership (JRL), a separatist conglomerate headed by Syed Ali Geelani, Mirwaiz Umer Farooq and Malik.

Shops, public transport and other businesses remained shut across the valley.

Heavy contingents of state police and the Central Reserve Police Force (CRPF) have been deployed in law and order sensitive areas.

Some of the recently detained senior JI leaders have also been booked under the PSA and were shifted to jails outside the valley.