Singer KK dies at 53 shortly after performing at Kolkata concert 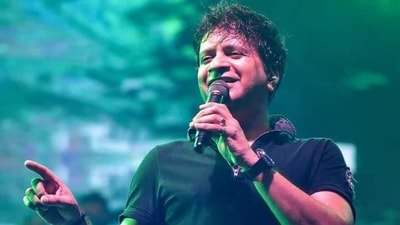 Singer Krishnakumar Kunnath, popularly known as KK, who was in Kolkata for a concert, died this evening (May 31). He was 53.

The playback singer collapsed after the concert and was rushed to a private hospital in the city. He was “brought dead” to Kolkata’s CMRI Hospital around 10 pm, hospital authorities told.

The singer had earlier today posted photos from his concert at Kolkata’s Nazrul Mancha.

One of the most versatile singers of the Indian film industry, KK has recorded songs in several languages, including Hindi, Tamil, Telegu, Kannada, and Bengali, among others.

He is survived by his wife and children.

Condolences poured in for the singer on Twitter, with people expressing shock and disbelief at his sudden death.

“Tragic to hear about the passing away of KK after falling ill while performing in Kolkata. Another reminder of how fragile life is. Condolences to his family and friends. Om Shanti,” tweeted cricketer Virender Sehwag.

“I hear singer KK just passed away. GOD what is really happening!!?? I mean WHAT IS HAPPENING. One of the nicest humans kk sir was. Gone too soon at 53.Beyond shocked. RIP sir,” singer Rahul Vaidya tweeted.

“Just can’t believe that our beloved #KK is no more. This really can’t be true. The voice of love has gone. This is heartbreaking,” tweeted Harshdeep Kaur.

Singer and music director Armaan Maalik tweeted: “Extremely sad and devastated. Another shocking loss for all of us. Can’t believe our KK sir is no more what is even happening. I can’t take it anymore.”

“Extremely sad and shocked to know of the sad demise of KK. What a loss! Om Shanti,” wrote actor Akshay Kumar.