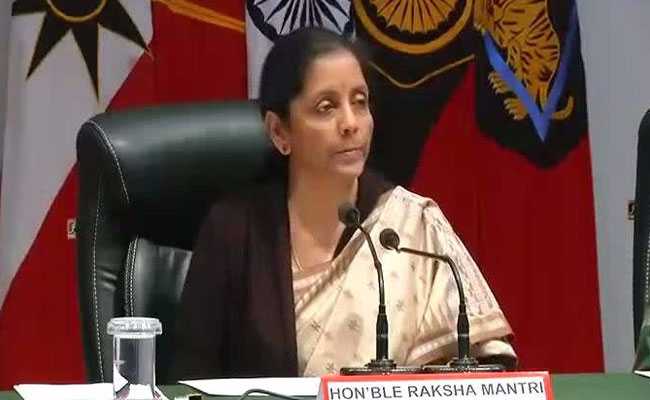 Defence Minister  Nirmala Sitharaman and Army Chief  Bipin Rawat are rushing to  Srinagar  on Sunday to  discuss the overall security situation in Jammu and Kashmir ahead of the  forthcoming visit of the  US secretary of State’s visit  to  India  as part of his assessment of the situation in  South Asia region , particularly after the  ascendency of Imran Khan  to the position of Prime Minister in Pakistan .

The US secretary of State Mike Pompeo has held  consultations with Khan on phone and now the remaining strategy would be discussed to give a fillip to war on terror and free Afghanistan of the civil war situation   during his visit on September 5. The same day, he and   Joint Chiefs of Staff Committee General  Joseph F Dunford , will visit India to hold high level discussions.

Kashmir is bound to come up during the discussions between the US officials and  the hosts in Delhi.

During their visit on Sunday, the  duo would call on Governor Satya Pal Malik to take his take on the security situation and how it is unfolding . Holding of the Urban local Bodies  and Pachayat elections has assumed an extraordinary significance as that is  considered to wean away the people from the mindset of militancy .

Governor Malik has already announced the  election schedule and he is hopeful that there would be a larger participation n the polls as the people are sick of the non-development in their areas.

He stated  at a function in Srinagar on Saturday that the Panchayat elections have nothing to do with the resolution of Kashmir issue , these are meant for the  empowerment of the people so that they can become masters of their own destiny.

Sources said that Malik would give the visiting Defence Minister and  Army Chief  his feedback from the political groups  and others whom he has met about the situation in the Valley that had taken an ugly turn with the abduction of the family members of the  policemen by Hizb. He is also  worried about the continuing infiltration from across the border.