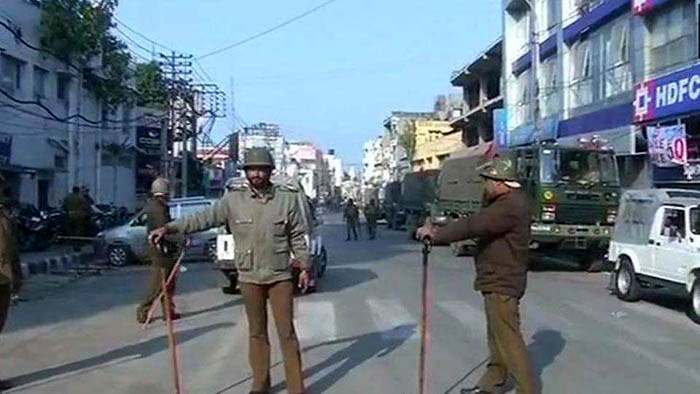 Authorities on Thursday decided to relax for seven hours the curfew in Jammu where it was clamped on February 15 after violence broke out following the Pulwama terror attack in a day earlier.

All wine shops and bars will remain closed, they said. The curfew will be re-imposed at 2 pm.

Meanwhile, students and parents have expressed concern over the shutdown of educational institutions and postponement of Class 8 and 9 examinations which were scheduled for Wednesday.

On February 15, curfew was clamped in the entire Jammu city after massive anti-Pakistan protests and sporadic incidents of violence broke out over the attack carried out by Pakistan-based terror outfit Jaish-e-Mohammed (JeM) in Pulwama district of south Kashmir which left 40 CRPF personnel dead.