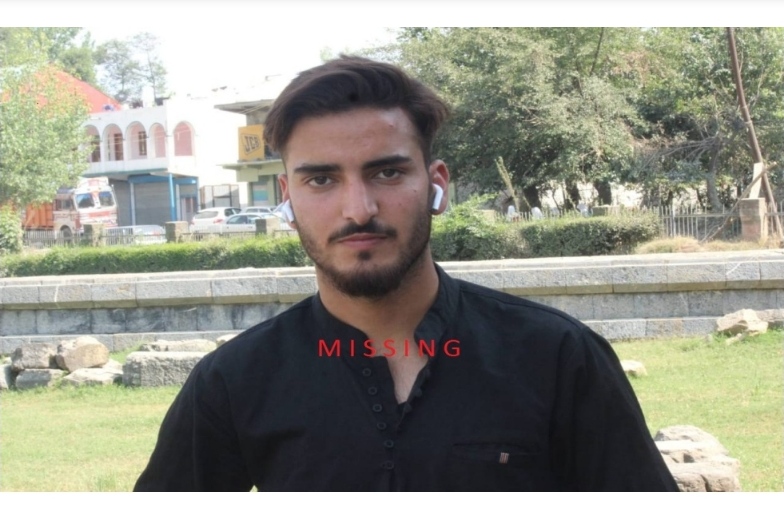 A family from Churso area of South Kashmir’s Pulwama district has appealed general public to help them in tracing their missing son.

Mohsin Amin Bhat (19) has been missing since 29 August.

“His ailing mother is in utter shock and is bed ridden since then. Also, the condition of his brother who is already suffering from multiple ailments has been hospitalized and seems unable to bear the shock of this sudden disappearance,” Muhammad Amin the father of the missing youth told reporters

The family appealed their son to return home for sake of his ailing mother and brother.

“We also appeal general public, Police and all other government agencies to kindly help us in tracing our son,” they said adding anybody having information about Mohsin may contact on 9682193547, 8494088584.

The family has lodged a missing report in police post Noor Bagh stating that Nisar Ahmed, a resident of Baner Mohalla Safakadal living at present in Wanganpora Eidgah is missing from past 3 days.