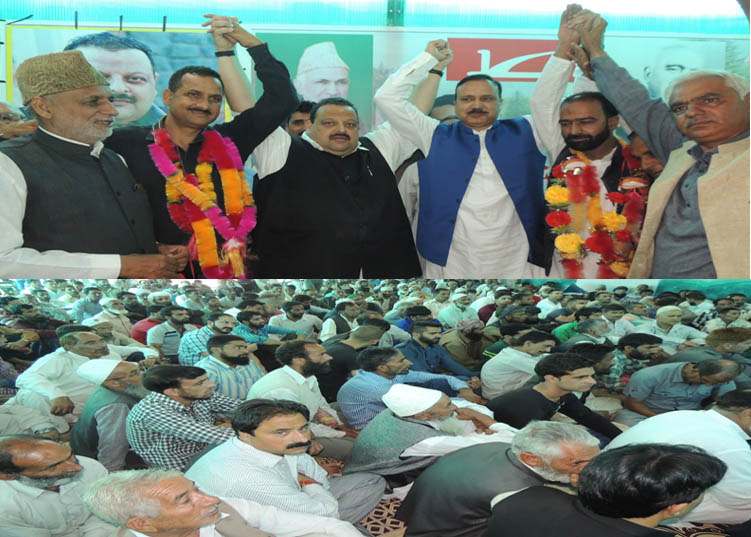 KISHTWAR OCTOBER 05- National Conference Provincial President Devender Singh Ranaon Wednesday came down heavily on the government for promoting Rashtriya Swayamsevak Sangh (RSS) in the sensitive region of Chenab Valley by permitting lathi-wielding Swayamsevaks to march on the streets of Doda.

“This is for the first time when such an activity has been allowed in the town by the administration, ignoring the sensitivities involved”, Rana said at a meeting of party functionaries while winding up his three-day visit of the Chenab Valley along with senior leaders.

The Provincial President regretted that the administration had become tool in the hands of the ruling BJP, which is “furthering the agenda of RSS openly and brazenly.”The permission for the march by Khaki-shorts donned and lathi wielding Swayamsevaks sans the administrative wisdom, such a provocation can have serious ramifications across the region. He hoped that the government will understand its “folly and take appropriate corrective initiatives so that peace and tranquility is maintained in the ensuing festive season.”

Mr Rana reminded the BJP of its onerous responsibilities for maintaining peace, being partners in the government and advised its ministers in particular that they should come out of the opposition syndrome and act as per tenets of the Constitution. “While the BJP has a proven record of being perfect agitationists, they are yet to make a mark as responsible administrators”, he said, adding that with the willing support of the PDP, the duo were out to vitiate the atmosphere to divert attention of people from the mess created in the state.

He appealed to the people of Chenab Valley in general and National Conference cadre in particular to see through the PDP-BJP game-plan and foil all attempts of dividing the society by maintaining time-tested unity. He recalled that his party has all along been pleading to the political class to rise above party politics when it comes to maintaining tranquility and sustaining peace.