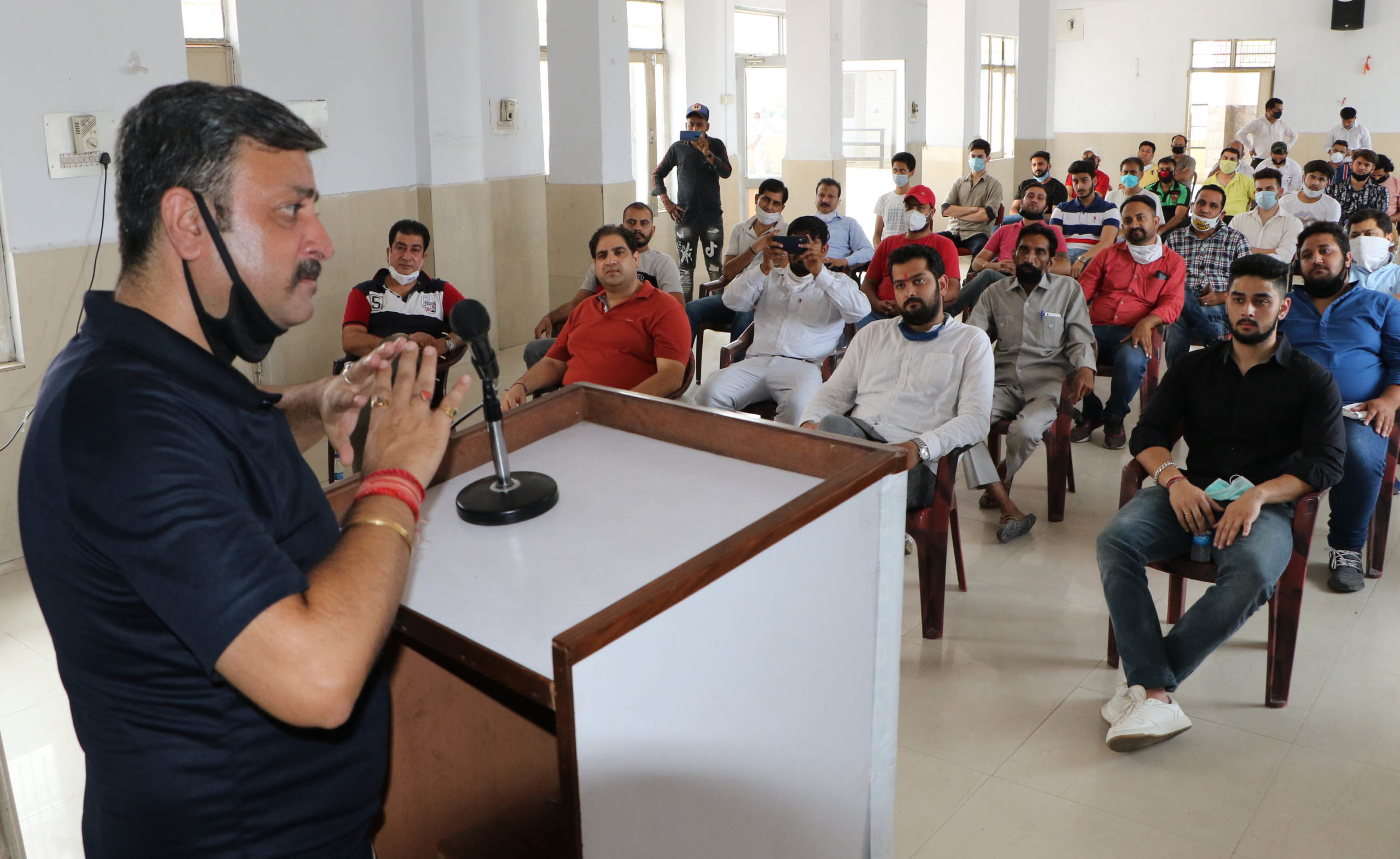 Seeking support of the civil society to eradicate menace of drug abuse, Chairman, Team Jammu, Zorawar Singh Jamwal on Friday, said that cooperation of every section of the society is must to liberate our younger generation from the yoke of drug addiction.

“We have to accept this reality that drugs are slowly tightening grip on the youth of the State. It is high time to start a deciding war against this menace”, Zorawar Singh Jamwal said while addressing a function organized by the Team Jammu in connection with the World Anti-Drug Day at, Shakti Nagar, here this morning. The function was organized after ensuring strict social distancing norms.

Besides youth including educated unemployed, College and University students, also participated in the function and extended full support to Team Jammu in its war against Drug Mafia.

Zorawar Singh Jamwal, Chairman of Team Jammu who presided over the

function thanked UT government for accepting burning demand of constitution of Anti Narcotic Task Force (ANTF) that would be great advantage in wiping out drug menace from the society. He also assured the officers of ANTF of all possible support to get rid of this menace which is eating the younger generation like termites.

In his address, Team Jammu chief pointed out that without support of the every individual, it is difficult rather impossible to check drug menace. He called upon civil society especially youth to come forward in support of fight against drug mafia.

“Better coordination among parents, teachers, Mohalla Committee, Panchayats and police personnel is must to check growing influence of drug abuse among youth in the society”, highlighted Chairman Team Jammu, Zorawar Singh Jamwal and further demanded that police personnel deployed at ground level must keep an eye on those elements who have been involved in suspicious activities.

“15 to 20 per cent of our youth are drug addicts so remaining population of the society is duty bound to liberate this section from the yoke of this addiction”, said Zorawar Singh Jamwal and reiterated commitment of the team to make Jammu region free from this menace.

“We started our campaign in the month of November 2014 and it is really heartening that youth are coming out in large number to take this campaign to the logical conclusion”, Zorawar Singh Jamwal said and cautioned that drug abuse is the biggest challenge before the society.

While appreciating the police for launching campaign against drug mafia in Jammu, Zorawar Singh, however, said that still there are some black sheep among cops involved in helping drug mafia. “Need of the hour is to single out such black sheep to make the ongoing campaign more effective and result oriented”, he said.