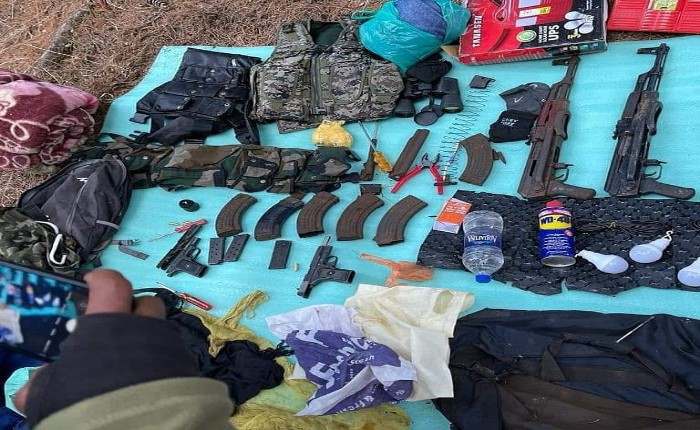 The Jammu and Kashmir police and army have busted a a terrorist hideout in Anantnag and seized a large quantity of arms and ammunition in yet another success in anti-terrorism operations.

The hideout was busted following the arrest of a key conspirator in the Krishna Dhaba attack in Srinagar early this week.
The seizures included three A K 56 rifles and two Chinese pistols.