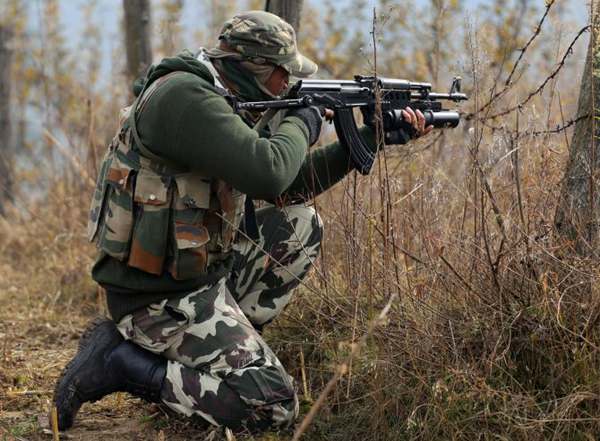 Terrorists launched a major terror attack near   16 corps headquarters of the Indian army  on  Tuesday morning.

Initial reports suggested that two soldiers who were among the guards  of 116 Field Regiment unit have been injured. The gun fight is going on.