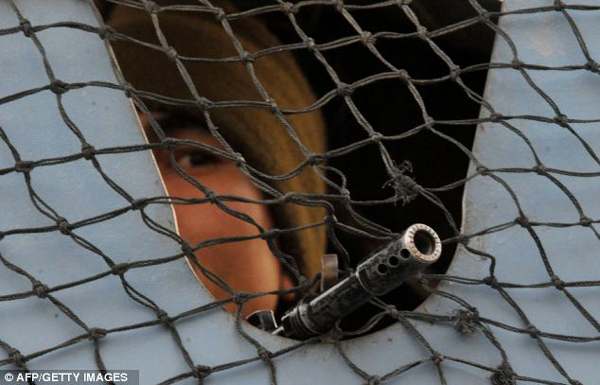 In yet another daring attack, terrorists attacked a police post in south Kashmir and decamped with  five assault rifles  exposing the vulnerability or complicity of policemen  in such   incidents .

Early Monday morning, the militants appeared  at Davlesh, Dooru area  in Anantnag district and  took away five rifles of the guards  at a TV tower. They  snatched their weapons without facing any resistance from the policemen.

In another incident, they attacked a minority community police post in Shopian and natched one rifle.

The police have launched searches .

These attacks have exposed the  vulnerability of the policemen posted in South Kashmir. Or it could be a result of their complicity as well, the sources said.