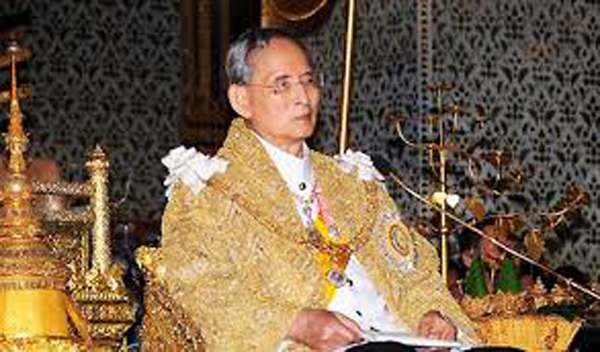 BANGKOK: Thailand’s King Bhumibol Adulyadej, who was the world’s longest-reigning monarch, died in hospital on Thursday, the palace said in an announcement. He was 88.

King Bhumibol reigned for seven decades after ascending the throne in 1946.

His loss will be deeply mourned in Thailand, where he was regarded as a pillar of stability during decades of political upheaval and rapid development.

The palace did not give a reason for his death but he has been sick in hospital with various ailments for much of the past year.

“His Majesty has passed away at Siriraj Hospital peacefully,” the palace said, adding he died at 3:52pm.

Prime Minister Prayuth Chan-ocha addressed the nation shortly after the announcement of the king’s death to say an heir to the throne had been designated since 1972 and that the government would inform parliament of the choice.

Prayuth did not identify the heir but King Bhumibol designated prince Vajiralongkorn the heir apparent when he invested him as the crown prince in 1972.

“The government will inform the National Legislative Assembly that His Majesty the King has already designated his heir,” said Prayuth, who wore a black suit and tie.

The assembly is due to hold a special session later on Thursday.

Prayuth urged Thais to love one another and protect “the father’s land”.

Anxiety about the king’s health and the succession has formed the backdrop to over a decade of political upheaval in Thailand that has included two coups.

More than 1,000 people gathered at the hospital where the king had been staying. Many of them started to cry as the news of his death broke.

The king was seen as head of an institution central to Thai identity and as a father-figure to the nation. Most Thais have known no other monarch.

Parichart Kaewsin, 35, who works in a bank, stood at the edge of the hospital garden, gazing up at the top floor of the building where the king was treated.

“I knew he was sick but I still can’t believe this day has come,” she said, choking back tears.

“That’s why I came here ─ to hear for myself.”

She said it was like a member of her family has died, she said. “He was like our dad.”

King Bhumibol was seen as a force for unity, and there have long been concerns that without him the country’s divisions could worsen.

That seems unlikely under the military government of Prime Minister Prayuth Chan-ocha, who has kept a tight grip on power since toppling an elected government in 2014.

Prince Vajiralongkorn has yet to command the respect and adoration that his father drew after a lifetime on the throne.

He has kept a lower profile than King Bhumibol for most of his life but in the past two years he took on more of the public duties the king was no longer able to perform. The prince divorced his third wife in 2014.

Thailand’s strict lese-majeste laws have left little room for public discussion about the succession. It has been so long since Thailand has had a succession, there is no modern precedent.

Prayuth said civil servants would observe mourning for a year. He also urged Thais to refrain from “festivities” for 30 days.

Flags would fly at half-mast at all government buildings and schools for 30 days, he said.

A royal cremation is expected to take months to prepare.

When the king’s sister died in 2008, a 100-day mourning period was declared. She was cremated 10 months after her death.

The heir’s coronation will not take place until the mourning period is over.