Three LeT Terrorists Eliminated by Police and Army in Anantnag , DGP says no breach to peace will ever be tolerated . 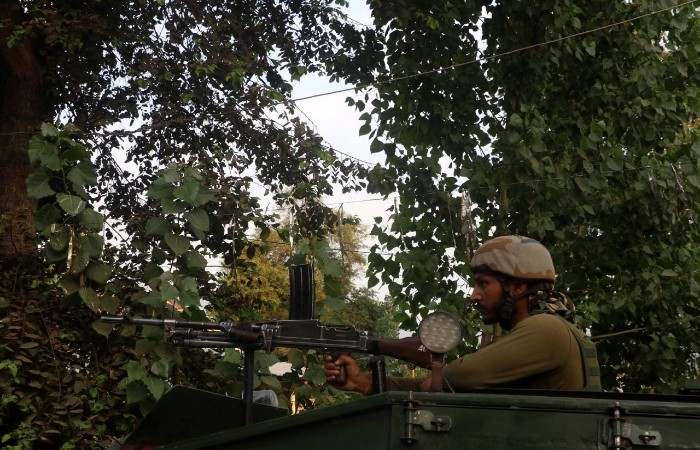 In a major success against the terrorists in Kashmir, the J&K police and army eliminated three top terrorists of the dreaded terror outfit Lashkar-a Toiba in Anantnag on Saturday .The three terrorists were responsible for high-profile political killings and that of the civilians in various parts of the Valley.

The three terrorists who were killed in a fierce encounter in Acchabal, Anantnag , have been identified as Arif Hajam S/O Ghulam Nabi Hajam resident of Sadoora , Anantnag , Basit Rashid Ganai s/o Abdul Rashid Ganai, resident of Teliwani Anantnag, and Suhail Mushjtaq Bhat s/o Mushtaq Ahmad Bhat resident of Karimabad, Pulwama .
The DGP Dilbag Singh said that rhe security forces have achieved this success by regularly monitoring their movement . “ This is the result of perseverance and continuous efforts of the police and army in neutralizing terrorists . It has proven yet again that the security forces are having complete control of the situation ,”
“ We have sent a clear message that anyone indulging in activities detrimental to peace in Kashmir will meet the same end . No breach t peace would ever be tolerated .”

The missing and FIR no 140/2019 U/S 20, 39 UAPA was registered in PS Anantnag for the same.
The said terrorist was involved in recruitment of the youth of Anantnag for terror outfit LeT. Basit Ganai from Acchabal who got killed in the same encounter of Kawarigam Acchabal, Anantnag was recruited by him. The terrorist was involved in many attacks on civilians as well as persons from security forces.

The killed terrorist was involved in following attacks :

Basit Rashid Ganai s/o Abdul Rashid Ganai R/o Audsoo Teilwani, Acchabal joined the proscribed terrorist outfit LeT on 18th of April 2021. The missing report was registered for the same in PS Acchabal. Also the FIR no . 35/2021 U/S 38 UAPA was registered in PS Acchabal.
The said terrorist was involved in the killings of two innocent civilians of Jablipra, Bijbehara. He along with the other active terrorist Aarif Hajam s/o killed