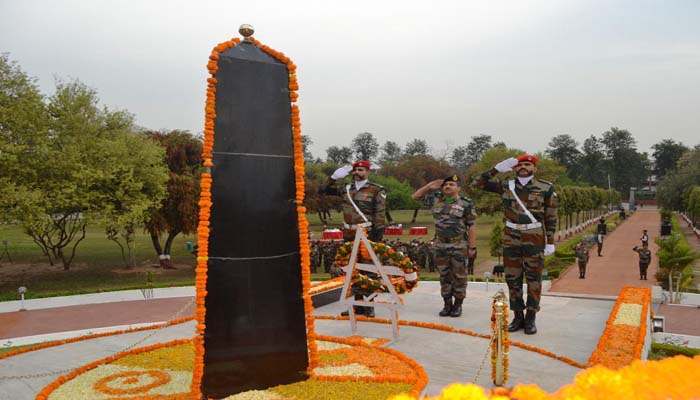 The Division was initially raised in 1942 and participated in World War II, it was de-mobilised and was    re-raised in Mar 1948 during the first Indo- Pak war that was fought to repulse Pakistan army and tribal raiders from J&K.

Since then it has participated in various operations like 1965 and 1971 wars, Operation VIJAY  in Kargil and Operation PARAKARAM that was launched soon after the terror assault on the Indian Parliament in December 2001.

​To commemorate the occasion a large number of Serving Officers, JCOs, and Other Ranks paid homage at the Tiger War Memorial. Major General Vijay B Nair, General Officer Commanding, Tiger Division, GOC (Designate) Major General N Gosain laid floral Wreath at the War Memorial. Two minutes silence was observed in reverence of all those valiant soldiers from the Division who sacrificed their lives for the nation.