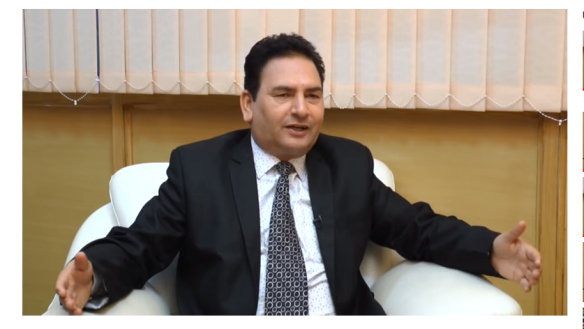 Tribal Gujjars-Bakerwals who are still practicing nomadic lifestyle are the main custodian  of valuable traditional and indigenous knowledge about biodiversity, non-traditional food, forest-agriculture, herb-shrubs  and local ecology of Jammu and Kashmir said noted Gujjar scholar, Dr Javaid Rahi, while interacting with community youth in a webinar, organized by Tribal Research and Cultural  Foundation  to celebrate ‘International Day of the World’s Indigenous (Tribal) Peoples’. He said, that traditional knowledge and practices of migratory communities  needs urgent documentations  and preservations for all times to come.

The International Day of the World’s Indigenous (Tribal) Peoples was established on August 9 , 1994, by the United Nations to focus on issues related to  approximately 476 million Indigenous Peoples worldwide, in over 90 countries.

In his address, Dr Javaid Rahi said, that indigenous people of Jammu and Kashmir especially Gujjars-Bakerwals owes traditional knowledge about the  bio-diversity of J&K and can play a pivotal role in  its use and conservation. They being local ethnic people can help in identification of plants associated with various ethnobotanical uses which can help researchers to do phytochemical studies.

He said, besides knowledge of  biodiversity, they have their own tribal   “traditional cultural expressions”  – which borderly known as  ‘Intellectual Property’  requires immediate preservation. He said the handmade textiles, paintings, stories, legends, ceremonies, music, songs, rhythms and dances of Gujjars-Bakerwals  are disappearing rapidly which needs propagation, disseminations besides documentation at the earliest.

Since , Traditional knowledge typically distinguishes one community from another said  Dr Rahi and added  that the Gaddi and Sippi tribes of  Jammu and Kashmir are also practicing indigenous traditions and requires special focus.

He  said because of social exclusion there is no takers of tribal traditional knowledge added that they are still treated as primitive, uncivilized and unskilled which is away from the facts. They are the storehouse of indigenous knowledge and can contribute to society, he said.

He impressed upon Universities of Jammu and Kashmir, Tribal Department J&K, local non-governmental organisations ,  and researchers to focus on preservations and propagation  of traditional knowledge and practices of tribes.