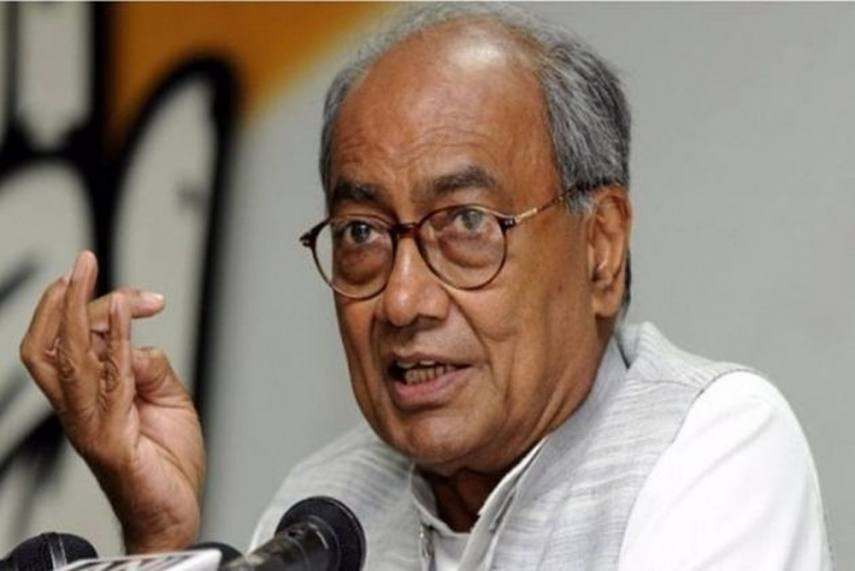 Digvijaya Singh said it was the BJP’s political ruse to hit back at him over his highlighting the cause of tribals and there should be an investigation into who edited the video.

Senior Congress leader Digvijaya Singh has tweeted a tampered video of Shivraj Singh Chouhan, the BJP has alleged, in which the Chief Minister is heard promoting consumption of liquor. A police case has been lodged against the Congress leader following a complaint by the BJP.

In their complaint, the BJP leaders have claimed that the clip was part of Mr Chouhan’s reaction when the Kamal Nath government chaned the excise policy to open liquor shops in the state.

The video was shared by Digvijaya Singh’s official Twitter handle on Sunday afternoon and then re-tweeted by 10 others. After the BJP raised protests, the video was removed from Mr Singh’s twitter handle.

But the BJP, led by former home minister Umashankar Gupta, submitted screenshots and other evidences regarding the video, along with a two-page complaint to the Crime Branch.

The BJP leaders alleged that the Digvijaya Singh had deliberately shared the video to malign the Chief Minister’s image.

Nischal Jharia, a senior officer of the Crime Branch, said the cyber cell’s social media monitoring unit registered the FIR in the evening against 11 people who retweeted the video and posted derogatory comments. Mr Singh has been accused of defamation and forgery.

Mr Singh said it was the BJP’s political ruse to hit back at him over his highlighting the cause of tribals  and there should be an investigation into who edited the video.

“The tribals of Budhni were duped of Rs 4.5 crore by agents of Shivraj Singh Chouhan and no FIR was registered during his tenure,” Mr Singh said. “I had written to him that if there is no action, I’ll stage a sit-in protest at his residence. It perturbed the BJP,” he added.

Mr Chouhan got a fourth stint at the top job after the 15-month-old Kamal Nath government collapsed as senior leader Jyoriraditya Scindia switched to the BJP with 22 MLAs.