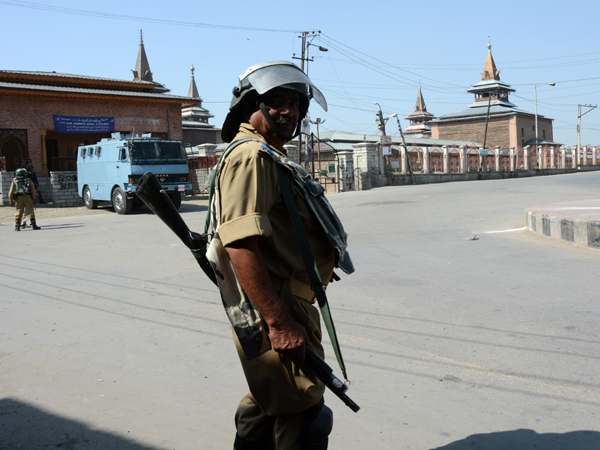 Now that Kashmir is limping back to normalcy, it is time to raise questions that need to be addressed. The unrest that abruptly overtook the whole valley and led to prolonged shutdown does not augur well for economy and politics of the state and to avoid repetition of such situations, it is important to analyse what went wrong. Why Kashmir which seemed so normal during the 2014 Assembly election suddenly became so volatile?

By every standard, the Assembly election was highly participatory and reflected the voluntary participation of people.  Significantly, during this election, the boycott politics of the separatists was completely rejected and not only in north and south Kashmir but also the Central Kashmir which has been traditionally boycotting the election, the voter turnout was much higher than the preceding Assembly elections of 2002 and 2008. So what happened in one and half year after this ‘normal’ election that killing of Burhaan Wani triggered such an angry response in Kashmir that all normal mainstream political activities came to a halt and all political processes collapsed for months together.

Varied theories have been offered by political analysts. While many argue that it was disillusionment of the people with the PDP, specifically its alignment with BJP against which it had contested the election, there are others who argue that it was the accumulated discontent due to the failure of the peace process since the end of Vajpayee era. They point out that the ‘period of hope’ that was initiated during the time of Vajpayee has given way to the ‘ period of ‘cynicism’, especially among the youth. It was this cynicism that was reflected in prolonged 2010 agitation and it was the continuity of the same sentiment that was reflected in 2016 as well. While it may require a deeper analysis to explain the whys of the recent unrest, one may try to understand its impact that this agitation would have left on Kashmir’s mainstream politics.

Kashmir’s mainstream politics, it is pertinent to note, had started thriving after the 2002 elections. This was one election that had not only seen to be ‘free and fair’ but also the most credible one  that set the stage for expansion of the democratic space in the Valley that had suffered earlier due to the prevalence of militancy. With every successive election this space had become intensely competitive and participatory. So much stake had been developed in this space that the separatists’ call for boycott that was quite effective till 2002, starting losing its relevance.

By 2007 the mainstream politics was so extended that almost a year before election, electioneering started taking place and Kashmir reverberated with competitive political rallies. It was such an enthusiasm for the mainstream politics that led to a sense of crisis among the separatists. The  separatist assertion in 2008 over the issue of  transfer of state land to the Shree Amarnath Shrine Board can be seen in that light.

A prolonged agitation spreading throughout the summer months reviving the memories of early 1990s was characterised by mass demonstrations However, notwithstanding such an agitation, the democratic space could be reclaimed soon after. When the 2008 Assembly elections were announced, people responded to the electoral process in a very vibrant manner.  The same Kashmir which had only a couple of months back witnessed the massive ‘azadi’ demonstrations, was now going through one of the most intensely competitive electoral process. Brushing aside the separatist call for boycott, people were queuing up for casting their ballots. The democratic space, one could see, was sufficiently entrenched by this time.

The democratic space survived the 2010 agitation as well. The five month long summer agitation during which around 120 young men died, had reflected intense separatist sentiment. The agitation caused not only the total breakdown of the law and order but also to the total collapse of the democratic processes. While the agitation was going on, the political actors belonging to the mainstream politics had lost their relevance and had almost going into hibernation. However, only a few months later the Panchayat elections reflected the vibrancy of the democratic politics. The 2011 Panchayat election was one of the most participatory election. Unlike the 2001 election which had resulted in many vacancies because there were no candidates coming forward to contest elections, there was an exceptionally enthusiastic response this time. On the whole, around 80 percent voter turnout was recorded in this election. The entrenchment of the democratic politics was proved even at that point of time.

After the present agitation, therefore, the big question that rises : Would the democratic space catch up its momentum the same way it had done after 2008 and 2010 agitations? Last few months have been difficult ones with mainstream political actors and mainstream political processes taking a back seat.  Rather than the normal writ of the state and government, it is the calendars issued by the separatists that have been followed. With political parties and their leaders having withdrawn from the scene, the political vacuum has been filled by the stone pelters and street protestors. Fearing the wrath of the people, the elected political leaders have stayed away from their constituencies.

So can one hope that as the winter proceeds and the ebb of the street protests goes down, the political class will take over once again. Can one expect that like 2008 and 2010, democratic processes will be back on rails once again. There are certainly apprehensions that it may not be so easy this time given the fact that unrest was quite intense and had reached the remotest corners of the Valley. What was peculiar about the agitation this time was that it had not remained confined to the towns and well-known areas of separatist influence but had impacted the rural areas and had penetrated deep in the far-off villages.

However, whatever may have been the reality of the past few months, Kashmir remains unpredictable as ever.  Howsoever intense may have been the  anger, there is also certainly a strong urge for normalcy. This was clearly reflected when despite the resentment of the separatist leaders the board examinations for students of class X and XII were announced and 95% of them appeared in these. This is also indicated from other things happening at smaller scales – transport plying normally in civil line areas; government offices functioning normally; Sunday market operating vigorously and so on.

Going by the occasional critical responses in the leading English dailies of Kashmir, one also gets indication of some kind of rethinking about the strategies adopted by the separatist leaders. The fact that the agitation has been nihilistic leading not only to the irreversible loss of life but also a grave setback to economy and education- has implications for the future responses of people. One can imagine that while the period of agitation has been the period of fresh mobilisation in the separatist politics; it has also led to some kind of disillusionment with the separatist leadership as well.

On the whole, it is an interesting point and one has to wait and watch in which direction the politics of Kashmir turns.