Two Terrorists Killed In Encounter With Security Forces In Anantnag 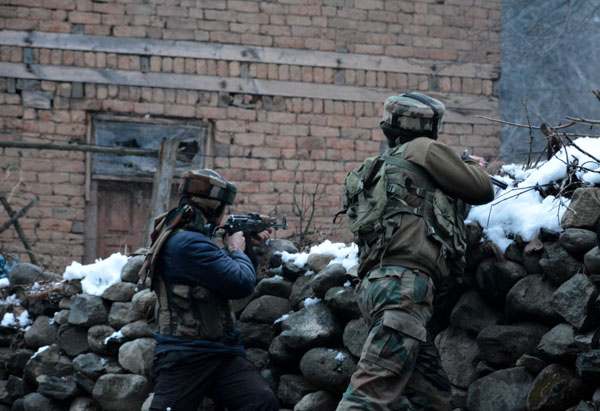 Two terrorists have been killed after an encounter started between security forces and militants in Anantnag district of Jammu and Kashmir. The identity of the killed terrorists is yet to be ascertained.

As per sources, the encounter is on at Kandipora Bijbehara area in Anantnag. The encounter started yesterday and two terrorists have been killed on the second day of the operation. The security forces had halted the encounter at night and had resumed it on Thursday morning.

A joint team of police and army launched a cordon and search operation in Kandipora. As the joint team of forces approached the suspected spot, the hiding militants fired upon the forces, triggering off a gunfight.

The operation is jointly being carried out by security forces and the J&K police.

A day ago, security forces killed a terrorist in an encounter South Kashmir’s Sopore.

The terrorists who was gunned down was identified as Ganie Khwaja, chief of terror outfit Al Badar. He was killed in an joint operation of security forces in Tujjar village of Sopore.