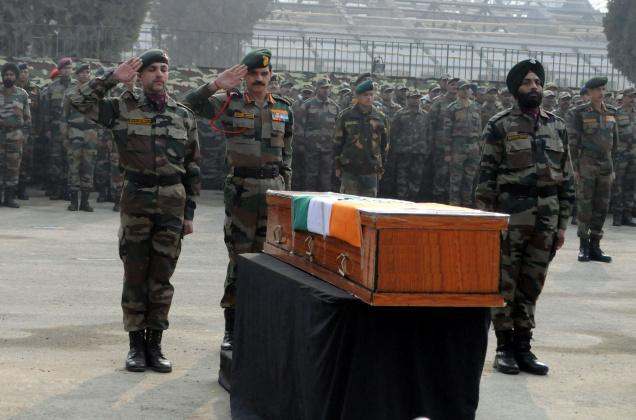 In what may amount to be admission of serious  lapses  in preventing the terror assault  on the Uri Brigade headquarters  on September 18 when 19  soldiers were killed, the Indian army has removed the head of the  army establishment in the frontier town.

under whose watch  the devastating attack took place on  September 18 , which   raised a  large set of questions about the terrorists’ unhindered and unchallenged access to the Brigade headquarters , has been shifted  out . “ It is not known as to what action would be taken against him,” a top army source told the JKNT on condition of anonymity.

The Uri attack was less of a success of the four terrorists and more of a lapse of the army in defending  its positions . The attack which should have never taken place, given the state of alertness on the LoC – Uri is just 6 kms from  the Line of Control –  reset the India- Pakistan  relationship.

India had blamed Pakistan-based terror outfit “ Jaish-e-Mohammad” for the attack , and it carried out surgical strikes across the LoC on Thursday morning ,  effectively breaking self-imposed shackles of the  past .

The attack is under probe by both army and the National Investigation Agency and  they have detected serious lapses which led   to the deadly attack.

More than 40 terrorists and two Pakistani soldiers were killed  in the strikes, which have rattled Pakistan  and also brought Islamabad under the scanner of the world for its threat to respond with  nuclear weapons to give a “ befitting reply to India.”.

America has slammed Pakistan for raising such a rhetoric and called it irresponsible. It ahs also asked Pakistani authorities to end the cross- border terrorism.