US asks Pakistan to ‘freeze without delay’ the funds of designated terror groups, supports actions against JeM 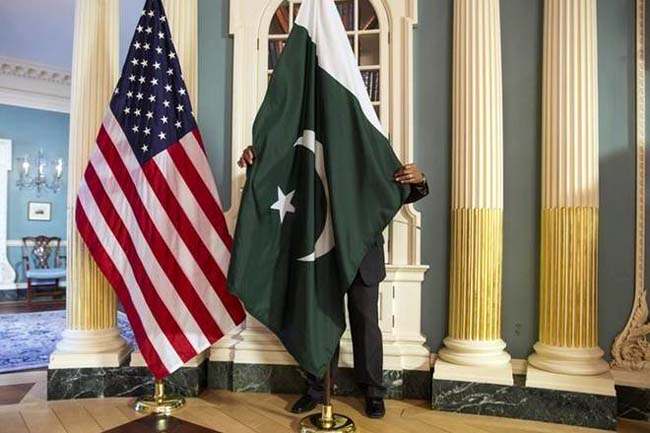 The US Friday asked Pakistan to “freeze without delay” the funds and other financial assets of the UNSC-designated terrorist networks and their leaders.

The US on  Friday asked Pakistan to “freeze without delay” the funds and other financial assets of the UNSC-designated terrorist networks and their leaders.

It also said it fully supports “actions to prevent” the outlawed Jaish-e-Mohammed “from conducting future attacks”.

Pakistan-based JeM has claimed responsibility for the terror attack in Jammu and Kashmir’s Pulwama district on Thursday that left at least 40 CRPF soldiers dead and five others critically wounded.

A State Department spokesperson told PTI, “Pakistan outlawed Jaish-e-Mohammed in 2002. However, the group still operates in Pakistan. The US designated JeM as a foreign terrorist organization in December 2001, and we fully support actions to prevent them from conducting future attacks.”

In addition, the UNSC designated JeM on its 1267 ISIL (Da’esh) and Al-Qa’ida Sanctions List in 2001, the official noted.

“We expect Pakistan to uphold its responsibilities pursuant to UN Security Council resolutions to deny safe haven and support for terrorists and to freeze without delay the funds and other financial assets or economic resources of individuals and entities on the UNSC 1267 sanctions list,” the spokesperson said in response to a question.

The official, however, did not divulge if the US has taken up the issue with the Pakistani leadership directly after the Pulwama terrorist attack. In various statements and on social media, the Trump administration has asked Pakistan to deny safe haven and end support to terrorist organizations.

The spokesperson also refrained from making any comment over China blocking India’s move to designate Jaish chief Masood Azhar as a global terrorist.

“Our views on Masood Azhar and Jaish-e-Mohammed are well known. The JeM has been responsible for numerous terrorist attacks and is a threat to regional stability,” the spokesperson said.

“UN Sanctions Committee deliberations are confidential, and as such we do not comment on specific matters,” the official said.