US envoys calls on Rana, discuss issues of common interest 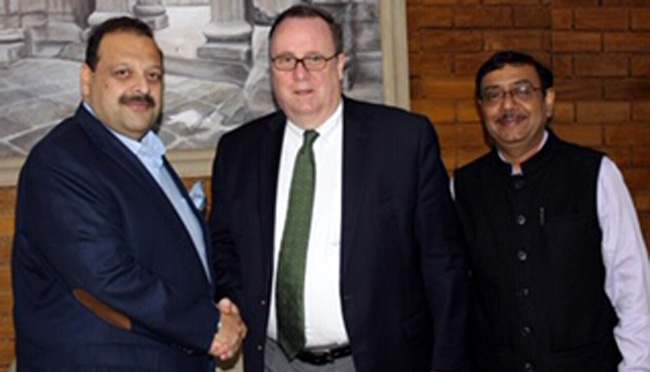 During their interaction, Rana dwelt upon a volley of subjects including the great role played by National Conference in strengthening democracy in Jammu and Kashmir, revolutionary land reforms, female literacy and decentralisation of powers, involving people at the grass roots level in decision making and empowering marginalized segments of the society in a bigger way. He particularly made a mention of amity and tranquility ensured by the leader of masses, Sher-e-Kashmir Sheikh Mohammed Abdullah, during the most horrendous days of 1947.

He emphasized that National Conference envisioned and worked towards building a strong, prosperous and secular Jammu and Kashmir which is enshrined in its famous charter of Naya Jammu and Kashmir.  The spirit of inclusiveness is being promoted and sustained by Dr Farooq Abdullah and Mr Omar Abdullah to transform J&K as a vibrant state. He said National Conference reflects the genuine urges and aspirations of the people and is committed to their progress and prosperity. He said his party has been relentlessly working towards peace and normalcy across the state.

The visiting US envoys and Mr Rana, who is also MLA Nagrota, also discussed the strides made in education, healthcare, tourism and other sectors of economy over the decades.