USS Nimitz to be back in Indo-Pacific, holds a message for China on Taiwan 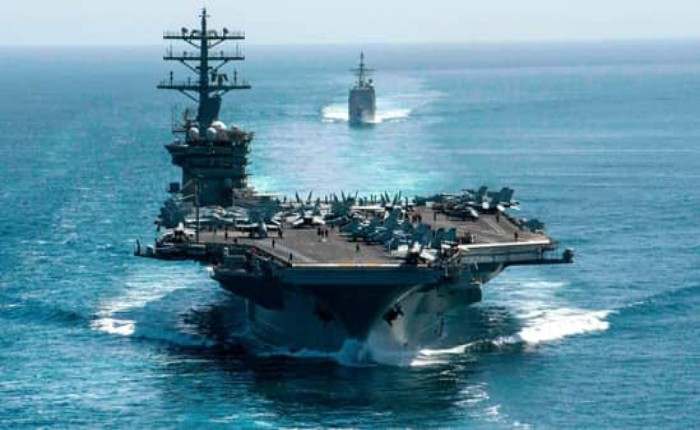 Aircraft supercarrier USS Nimitz and its carrier strike group have been pulled out of the US military’s central command in the Middle East and placed with the Indo-Pacific command that operates in the US Indo-Pacific region and includes the world’s busiest international sea lanes including the South China Sea, the Pentagon has announced.

The Pentagon’s decision, which is being seen as a sign of potentially easing tensions between the United States and Iran, also signals that the Joe Biden administration may broadly continue the tough approach taken by former President Donald Trump.

To be sure, President Biden hasn’t spoken to his Chinese counterpart yet. The state department said the US first wanted to be “in lockstep” with allies and partners before engaging with China.

Kirby declined to reveal details about USS Nimitz’s next deployment in the US Indo-Pacific region.

China watchers in New Delhi said the Biden administration’s decision indicates that the US could increase its presence around the South China Sea to shore up the confidence of the 36 countries in the Asia Pacific region, many of whom have boundary disputes with Beijing.

The Biden administration has already reaffirmed its “rock-solid” commitment to Taipei, signalling that it will continue with Trump’s policy of engagement with Taiwan that is under intense pressure from President Xi Jinping’s China to accept that it is part of “One China.”

Another aircraft carrier group USS Theodore Roosevelt reached the South China Sea last month to promote “freedom of the seas”. The entry of the supercarrier into the South China Sea through the Bashi Strait, sailing between Taiwan and the Philippines, coincided with China flying more than a dozen military aircraft including strategic bombers into the Taiwan Strait.

During this incursion into Taiwan’s air defence zone on January 23, according to the Financial Times

Chinese military aircraft simulated missile attacks on the US aircraft carrier. The bombers and some of the fighter aircraft involved were conducting an exercise that used the USS Theodore Roosevelt carrier strike group as a mock target.

Some analysts had interpreted China’s incursion as an attempt by President Xi’s China to ascertain how the new administration will respond to such Chinese behavior.