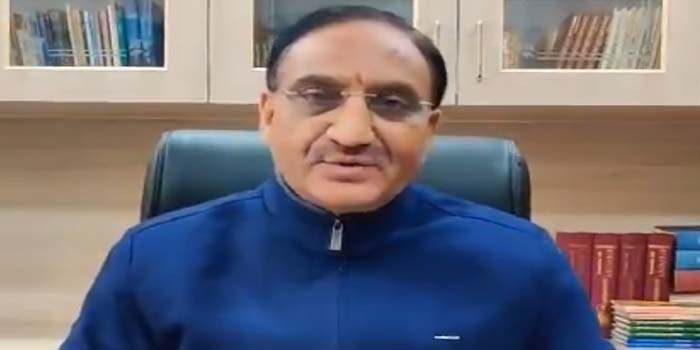 Education Minister Ramesh Pokhriyal ‘Nishank’ will announce the JEE Main 2021 dates today, December 16, at 6 pm on his official Twitter account. The minister said that he will also inform about the number of attempts for the Engineering entrance test. Yesterday, the National Testing Agency (NTA) released a notification mentioning JEE Main 2021 dates, a new exam pattern among other information, which was later withdrawn.

Pokhriyal posted a video message on the microblogging website Twitter informing about the event. He said, “Thank you all for sharing your constructive suggestions regarding JEE (Main) exams. We have got your suggestions examined. I will be announcing the schedule, number of times the exam will be held at 6 PM today. Stay tuned.”

Ramesh Pokhriyal on December 10 held a webinar where he said that the ministry is “positively” reviewing the possibility of conducting JEE Main in multiple sessions. The deleted notification also mentioned that the entrance exam will be held in four sessions.

The education minister had earlier said that the entrance exam will be conducted in more regional languages. Apart from English, it is likely that the exam will be held in Hindi, Assamese, Bengali, Gujarati, Kannada, Marathi, Malayalam, Odia, Punjabi, Tamil, Telugu and Urdu.