Will not allow combat readiness to be impacted by financial constraints: Army chief 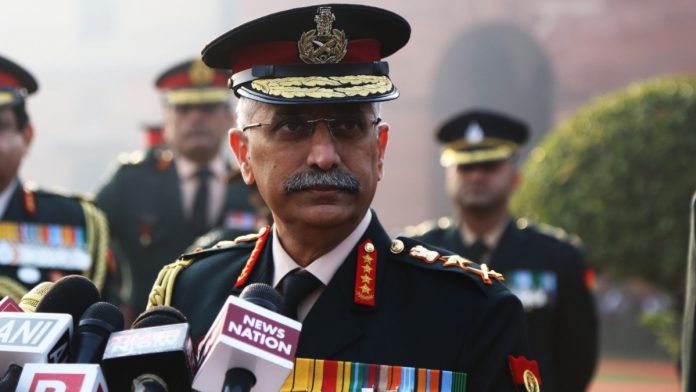 In an interaction at a leading defence think-tank, Gen Naravane said a directive has been received from the government to cut expenditure by 20 per cent in the first quarter of 2020-21 and the Army is implementing it without compromising on its operational efficiency.

Army Chief Gen M M Naravane on Friday said his force will not allow its combat readiness along the northern and western borders to be impacted by the financial constraints triggered by the coronavirus pandemic.

In an interaction at a leading defence think-tank, Gen Naravane said a directive has been received from the government to cut expenditure by 20 per cent in the first quarter of 2020-21 and the Army is implementing it without compromising on its operational efficiency.

He said several steps are being identified to cut expenditure which include deferment of holding of major exercises and restriction on movement of units from one peace-station to another.

The Army Chief said the number of movement of units and battalions per year is between 250 to 300 and the Army is looking at suspending some of them.

“Each movement costs us around Rs one crore. Units in high-altitude areas and units carrying out counter insurgency operations will have to move. However we can restrict movement of units from one peace station to another. We have identified 100 units who can stay in their current locations,” he said.

“We will see what we can defer or scale down like exercise of troops,” Naravane said hinting that military exercises may not take place at least for a year.

Gen Naravane at the same time said that there will be no cut in expenditure on account of purchase of arms and ammunition, asserting that operational efficiency along India’s active borders will not be compromised at all.

Noting that defence expenditure contributes significantly to the country’s overall development, he said: “any investment on safety and security is actually an investment on growth”.

To emphasise his point, Gen Naravane said the stock market had nosedived after the Pulwama terror attack but it surged significantly after India carried out the Balakot strikes.

Talking about budgetary constraints, he said the ratio of revenue to capital budget continues to be a matter of concern for the Army.

“We are a manpower-intensive Army. Requirement of manpower along the borders and for counter insurgency and counter terror operations are not going to go away any time soon. So we have to live with the situation of 80 per cent of our budget going into the revenue side,” he said.

Asked about the possibility of India facing a two front war along the borders with China and Pakistan, Gen Naravane said it is a possibility and that the country will have to remain prepared to deal with such a scenario.

“It is a possibility. It is not that it is going to happen every time. We have to be alive to all contingencies which can happen, various scenarios that can unfold. We have to remain alive to the possibility.